On the island of Bornholm there are many protected areas, the local conditions enabled the development of plants, but also animals that usually don’t occur at this latitude. The landscape of Bornholm has been affected by human activity over the last 10,000 years. The Stone Age and Bronze Age peasants burned forests to adapt land for farming and grazing animals. Also in the Iron Age, most of Bornholm was used for agricultural purposes.

Over the past 100 years, natural landscapes in non-forest areas have been intensively shrinking due to the development of agriculture. Also urban development, extraction of natural resources and planting of fir forests have contributed to the reduction of the island's natural environments. Huge arable fields leave no room for natural, original nature. 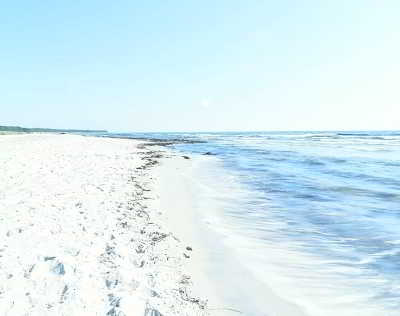 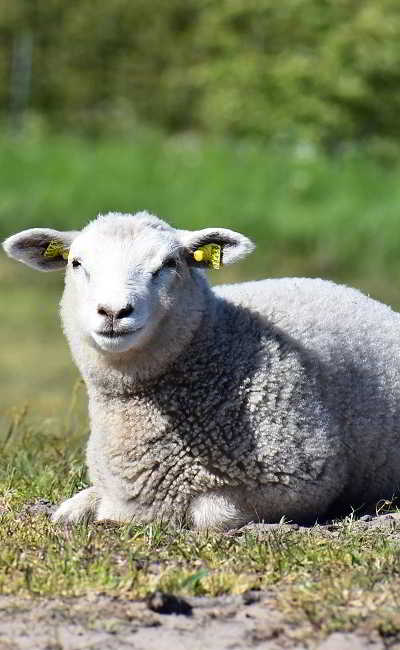 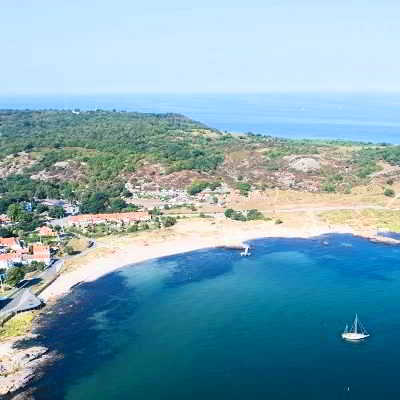 Rytterknægten, the highest peak, is 162 m a.s.l. and is located in the center of the island. Several short rivers flow through the island, of which the longest Øle Å is 22 km. The island also has several small glacial lakes or mine headings, of which the largest is Hammerso (650 m long, 150 m wide and 13 m deep).

The rocky coasts, such as Jons Kapel, the northern cape Hammeren and almost all the northern coast of the island from the city of Allinge to the city of Svaneke is particularly impressive. Along the northern coast emerges directly from the sea and rises steeply up the mother rock. Despite the fact that the north and east coasts are in the form of high cliffs, in small places between low coastal rocks, small sandy beaches, coastal meadows and reed-covered swamps are squeeze in.

The southern part of the island is covered with dune sands and covered with vegetation. Starting from Nexo and Snogebaek, there is a low wet sandy coast, which further west towards Dueodde takes the form, more than kilometer the dune coast, built of beautiful, fine sand. The sandy beach stretches west. Instead of wide dunes, there is a sandy cliff here, which is gradually blurred by the sea and blown by the wind. 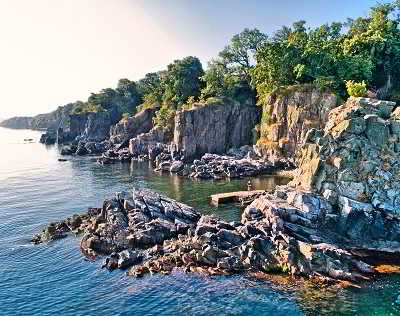 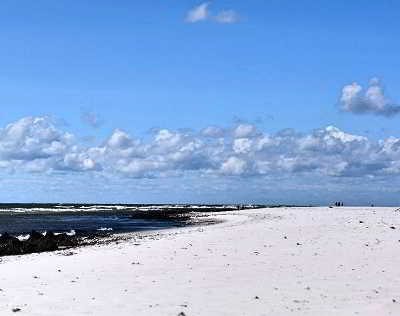 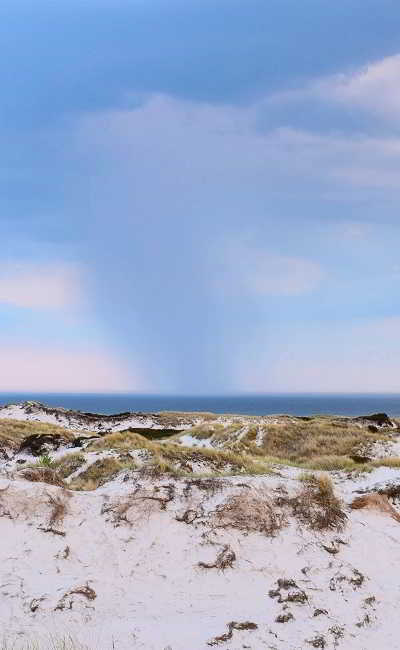 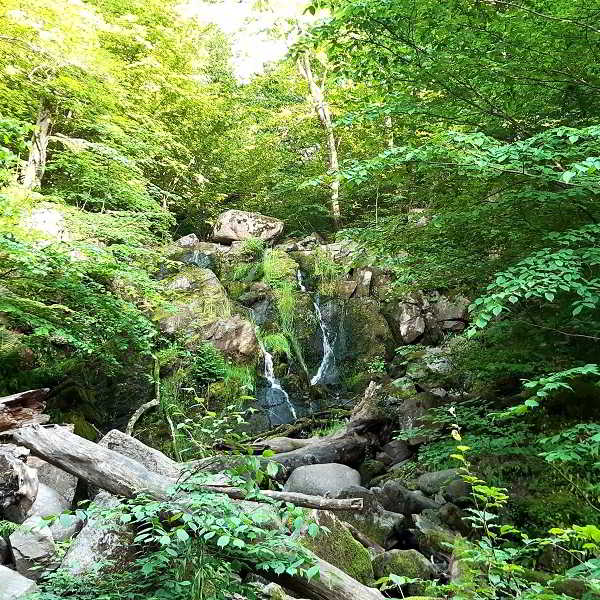 The crevasse Valley On Bornholm

The current appearance of the surface, the island owes to the impact of the glacier, which hit the island before 15 and 12 thousand. years. A characteristic effect of the glacier's impact is the so-called crevice valleys, the largest of which are Ekkodalen and Døndalen, formed as a result of tectonic cracks. These chasms were deepened by the glacier rising, and their upper edges were smoothed by a bottom moraine.

The result of glacial erosion are also numerous, smoothed granite hills found in the northern part of the island as well as numerous erratic boulders and pebbles. The complexity of the geological structure of the island means that it is strongly diversified in landscape and has numerous mineral resources, which are the basis of the local industry and handicrafts. Streams have formed in the rock chasms, which originate from the higher parts of the island, from where they flow into the sea. Deep cleft valleys protect from wind in the winter and provide shade and coolness in the summer, creating excellent conditions for the development of fauna and flora.

Until the mid-eighteenth century, much of Bornholm was covered with heaths. It was a typical cultural landscape - the result of cattle grazing in the central part of the island. There still can be found parts of the landscape with heaths that have been preserved.

Thanks to the beauty treatments, you can feel the atmosphere of olden times in the open areas of Hammerknuden. In Paradisbakkerne and the central part of Rutsker Hojlyng the remnants of the original, wild heaths is being preserved for future generations. Balkalyngen heaths - the only moors in Denmark situated on sandstone. 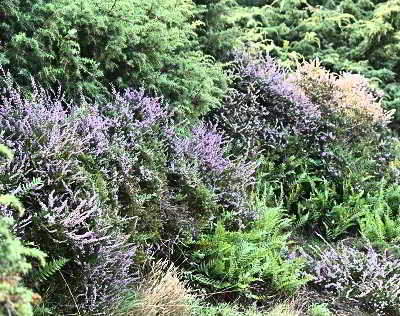 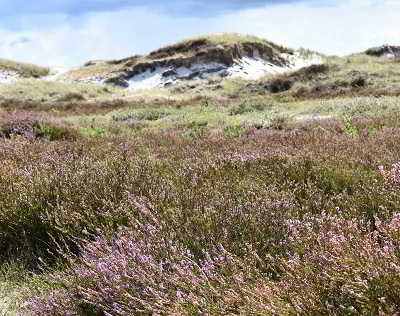 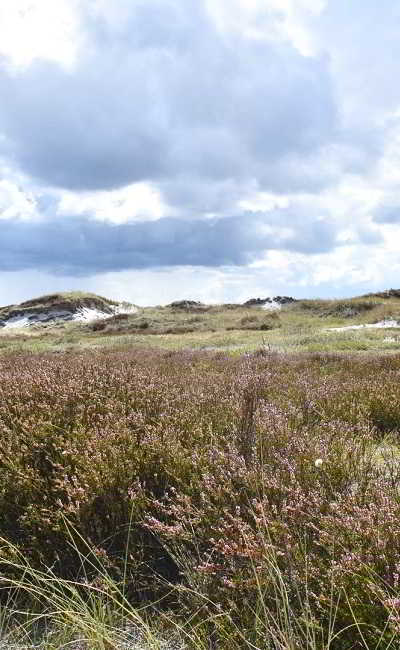 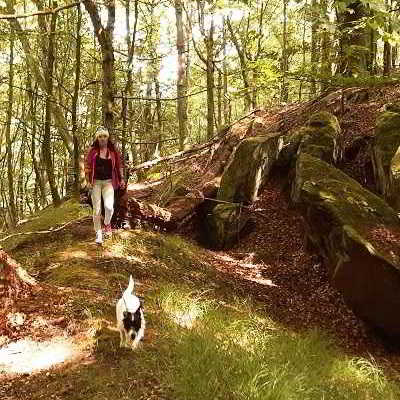 Over 20% of the island is covered by forest. Almindingen, together with adjacent forest plantations, is the third largest forest complex in Denmark. Located on the parent rock it dominates over the surroundings. Much of the Bornholm forests were planted on the site of former moors.

However, there are places on the island along the coasts and numerous streams, where fragments of the original forest have survived. In addition, there are a lot of small forests located along streams and streams.

Swamps And Lakes On Bornholm

Hammerso is the only large lake in Bornholm and also the only mountain lake in Denmark. In contrast, the island is full of marshes and small shallow lakes with both open and wooded areas. Peat was mined in many places in the swamps, the remainder of which are small, non-covered lakes.

Lakes, ponds and swamps are home to a variety of often rare organisms. An unforgettable impression is the opportunity to watch the mating dance of cranes or a tree frog concert on a moonlit spring night. 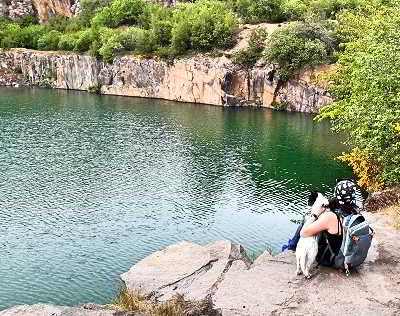 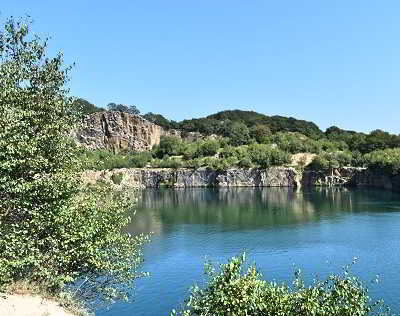 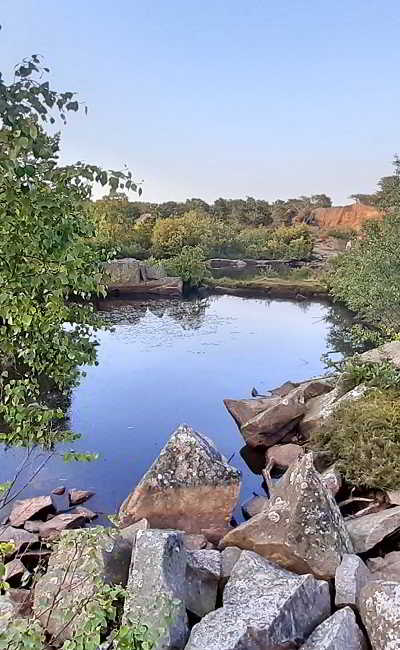 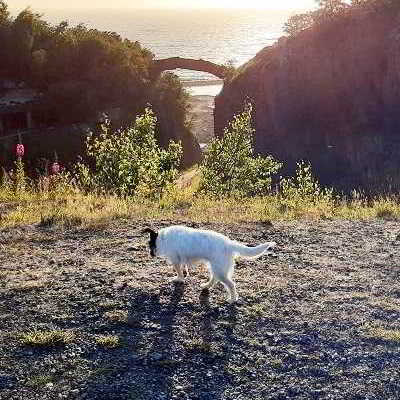 Excavations And Quarries On Bornholm

Bornholm's soil contains interesting and very diverse geological deposits that form the basis of the local mining industry. Granite for monuments, road construction elements, water constructions and crushed stone is mined here. Limestone and sandstone were used in the construction of houses and for the production of cement in the Middle Ages. Construction materials based on gravel and clay are produced in many places on the island.

Whereas charcoal was used as fuel during both world wars. Among the many special industrial raw materials there is feldspar, used in the production of glass, kaolin used in the manufacture of porcelain, as well as phosphate rock for fertilizers and alum needed for tanning leather. The numerous industrial excavations and quarries scattered around the island create a specific "cultural landscape". Many of these wells are filled with water or overgrown with vegetation. Others show deposits from various geological periods and thus provide the opportunity to learn about the island's geological history.

The island's land fauna is similar to rest of Denmark and southern Sweden. The artificially bred mammal species is Daniel. The island is known for a large number of prosperous hedgehogs, which are sometimes a problem (especially at campsites).

The ornithofauna is rich, mainly represented by sea birds and migrating birds from Scandinavia. Ornithological reserves are found around Nexo and on the island of Graesholm (within the Ertholmene archipelago). 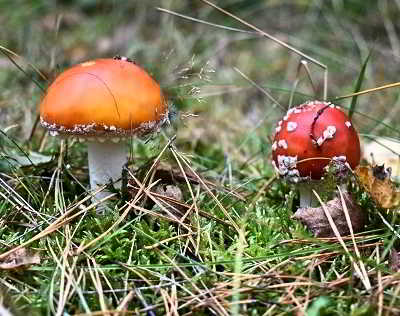 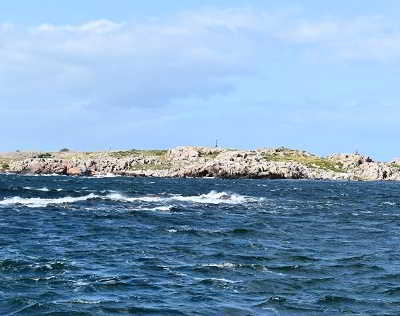 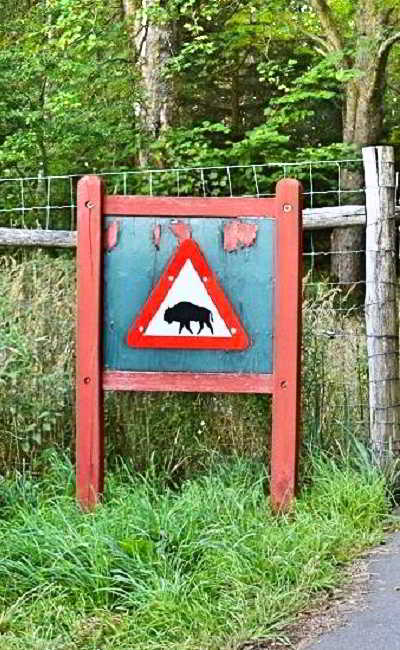 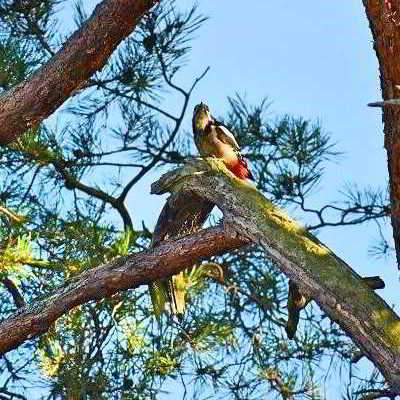 Bird life has been well studied here, and more than 100 new species are discovered each year. Especially two types, namely Gray Nightingale and Rook are more common here than elsewhere in the country. The migration of the black woodpecker to the island in the early sixties brought an increase in the number of hollows in the forests, which favors breeders of birds such as jackdaws, pigeons and owls. There are more and more of them, and Bornholm is the only known place for their breeding.

The migration of birds in the spring and autumn on the island is huge, above all they are flocks of cranes and wagtail, which makes the island unique. In warm springs the island is visited by migratory birds, e.g. House Finch. Reptile fauna is not much different from the rest of the country and only 5 species are well propagated. Most are found in the heaths of Hammerknuden. There are nine types of amphibians here. The black-headed frog appears all over Denmark, of which only on Bornholm half of them occur in the island's ponds. Herring, cod, salmon, brown trout, flounder and other species of Baltic fish occur in the sea waters of Bornholm. European bison were also brought to Bornholm. 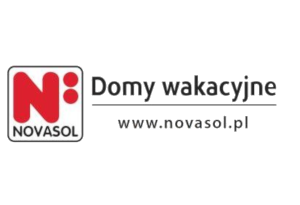