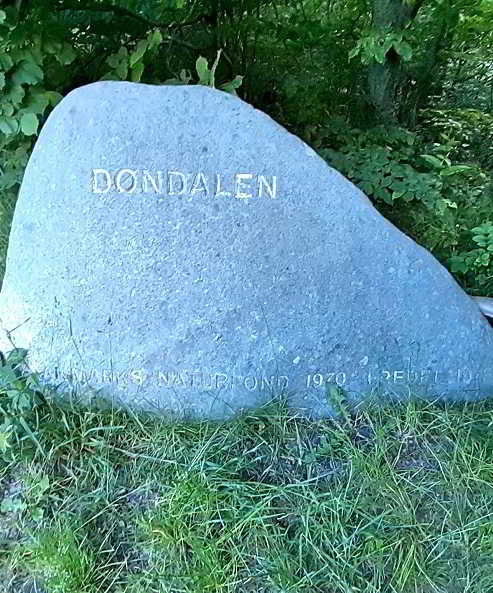 In the northeastern part of the island there is a popular hiking destination - the Døndalen fissure valley. Driving the coastal road from Gudhjem to Tejn, there is a small sign on the left that points the way inland. The combination of lush forest and steep rocks will lead us to Denmark's highest waterfall, Døndalen, after just 700 meters.

The valley was formed when the ice sheet pushed large masses of debris onto the island. First, an ice lake was formed, which allowed the sinking of the sediments that now cover the valley base. 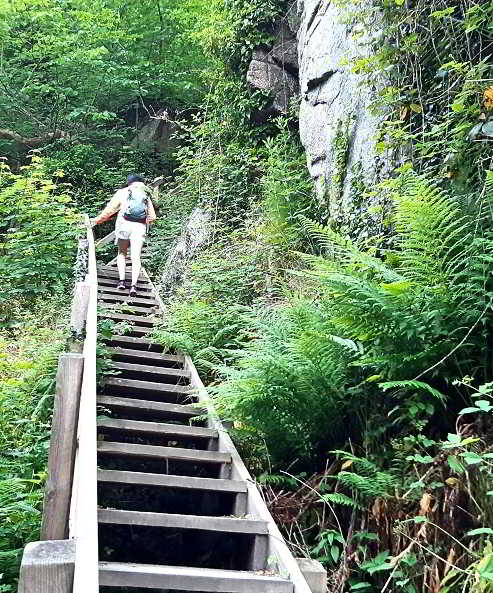 Over 300 different plant species grow in the valley. In early spring, there is a characteristic scent of wild garlic. The lime-rich clay deposited by the ice sheet is one of the many reasons for the lushness and species diversity of the forest, which is inhabited by numerous animal species.

Døndalen is managed by the Danish Nature Conservation Fund. The area is protected due to its unique biodiversity. 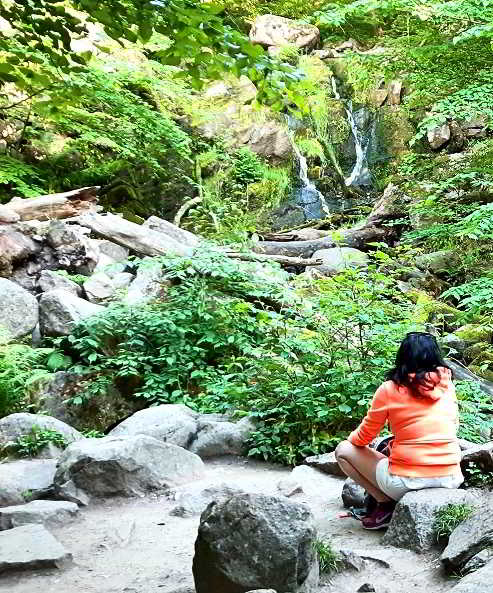 The trail to the waterfall follows the small creek Døndalen. On the left and right side of the stream you can see steep and sheer rock walls. We can reach the Døndalen Waterfall on foot, it's only 2 km there and back. The route runs along wide, well-built forest roads, so people in wheelchairs and mothers with young children can take advantage of this attraction.

In the middle of the Døndalen valley, the waterfall falls about 20 meters downwards and is the largest waterfall in Denmark. The northwest side of the waterfall ends with the Amtmandsstenen viewpoint, from where you can look over the treetops to the Baltic Sea towards Christiansø.