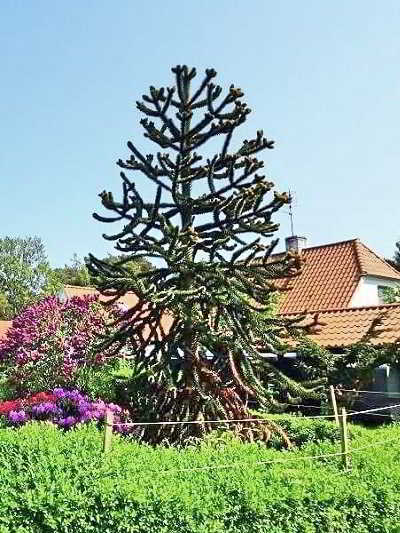 Weather and Climate On Bornholm

Temperature:
Temperatures on Bornholm do not change as much as in continental climate. The differences between the average summer and winter temperatures are only 22 ° C. This is also the result of the thermal current of the Baltic Sea. The hottest months are July and August. Although the average daily temperature in these months is 20 ° C, the thermometer can easily rise above 30 ° C.
Precipitation:
Bornholm has less rainfall than the rest of Denmark. Most rain falls are in autumn and winter months. The summers are rather dry. The highest number of rainy days is in winter. This also explains why Bornholm has the most snow falls in Denmark. During the record winter of 2010, the whole island was covered with snow for many weeks. Due to the sea wind, the weather on Bornholm can change quickly.
Temperature of water:
Due to the slow warming of the Baltic Sea in spring, water temperatures are very low and are around 7 ° C. Only at the end of May, when 10 ° C is exceeded, one can speak of a suitable water temperature for bathing. In the middle of summer and late summer it rises to 20 ° C near the beach and lasts until September. The bathing season in Bornholm is statistically one month longer than in the rest of Denmark. In winter, the temperature of the Baltic Sea does not fall below zero 0 ° C.
Humidity:
Humidity is distributed throughout the year like rainfall. Spring is the driest season of the year, increases slightly in summer, and the highest occurs in winter. 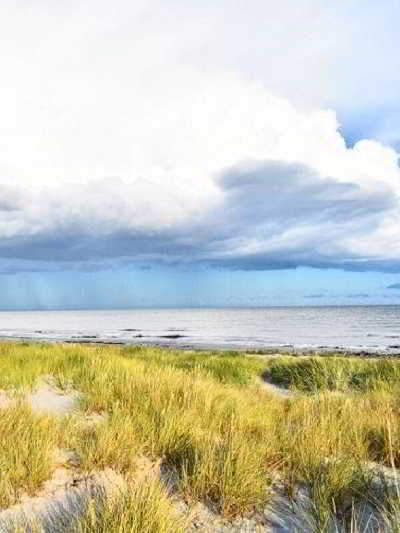 The weather on Bornholm is relatively cool summers, but mild winters that are typical for a moderate marine climate with the majority of sunshine and low rainfall. The Baltic Sea as a heat accumulator guarantees that there is almost never frost in winter.

In the spring, on the other hand, the water heats up very slowly, which means that spring starts here 10 days later than on the mainland. In summer, there are no high temperatures because of the cooling island by the Baltic Sea.

The best time to visit Bornholm is July and August. However, it is difficult to predict the vagaries of weather and guarantee a similarly warm summer every year.

The island has been called - for a reason - 'Majorca of the North' and 'Sunny Island' for several decades. These opinions are also confirmed by beautifully ripening fig and mulberry trees in this climate.

View from the campsite east of Gudhjem

View from the campsite to the Melsted beach

View of the only airport on Bornholm in the Arnager area