Aakirkeby is the only town on Bornholm without a harbor. It is a town in the center of the island with almost 2000 inhabitants.
It is a small town and is called "flower town" because of its exceptionally beautiful flower-filled houses and gardens. 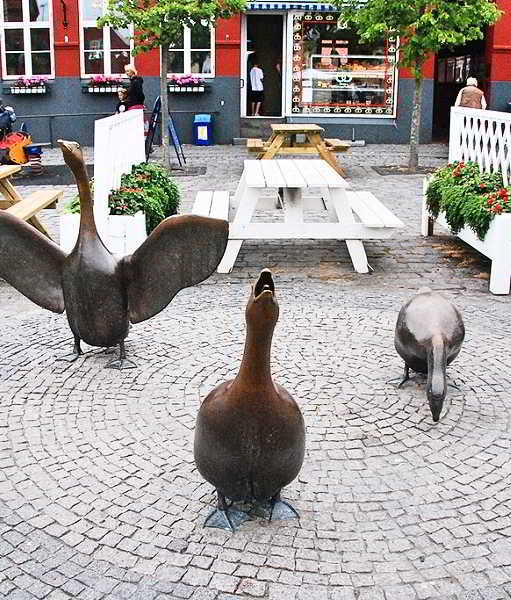 Aakirkeby is located about 20 minutes drive from Ronne, amidst fields and forests, on the road to Nexo. After the main Bornholm trade routes were built at the crossroads of the island, Aakirkeby quickly became an important trading centre on the island.

Aakirkeby's market is located near the church, which was built in the Romanesque style. Traders from the island have always gathered here on market days to offer their goods. The bronze flock of geese, which the sculptor Paul Ranslet gave to the town, is particularly beautiful and characteristic of this place.

What to see in Akirkeby

Aa kirke - is a church in Romanesque style. The church has a distinctive double tower and inside you can see a Romanesque font and a Renaissance altar.

Rosenkranskirke Church - the Church of the Holy Rosary - the only catholic church on the island, with masses celebrated in Danish and German.

The Bornholm Mosaic - a map of Bornholm in the shape of the island's crust, which is displayed on the market in Aakirkeby.

Bornholms Automobilmuseum - the Bornholm Automobile Museum is a museum of automobiles, with exhibits including a Rolls-Royce, Harley Davidson and a Fiat 125p - the museum is located at Grammegadsvej 1

NaturBornholm - a modern facility where you can learn about Bornholm's natural history, flora and fauna. It is especially suitable for families with children, as most of the exhibitions are educational and multimedia. 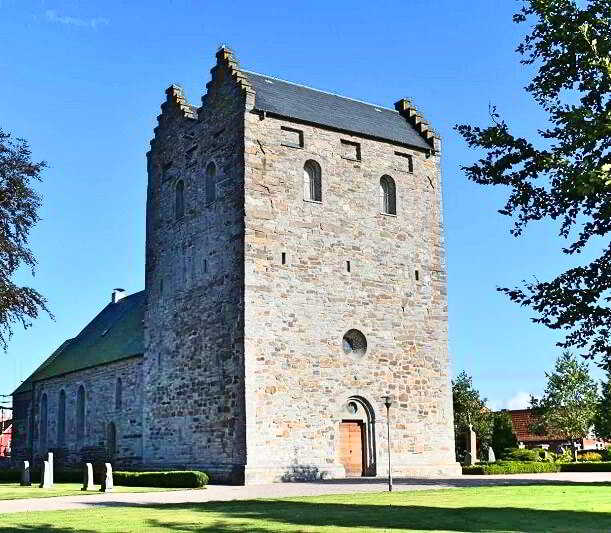 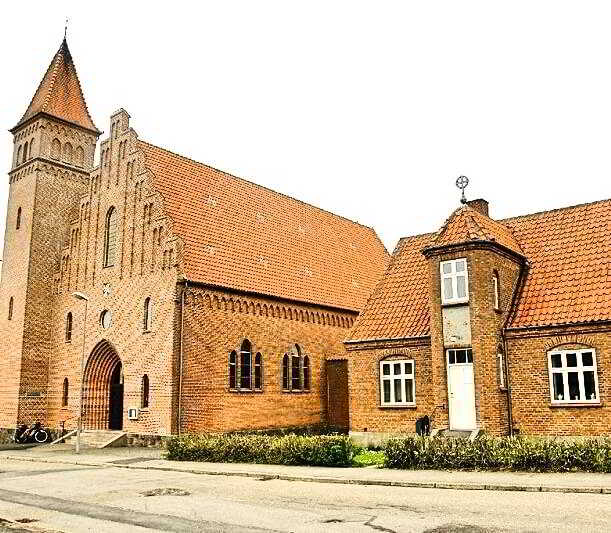 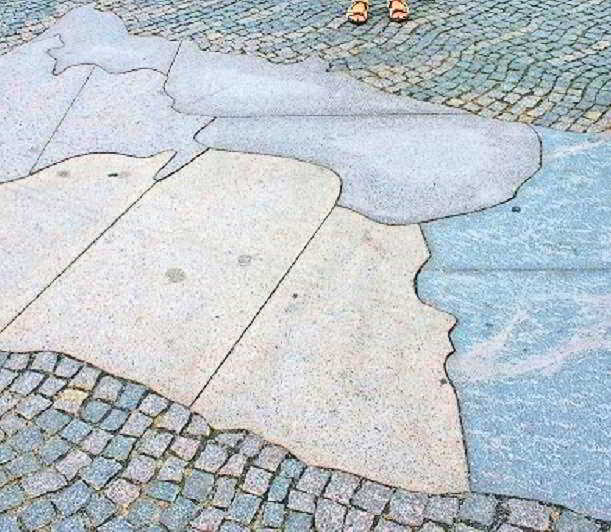 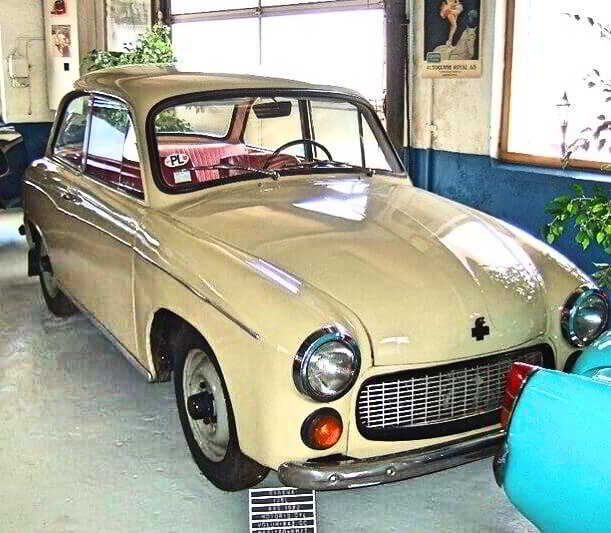 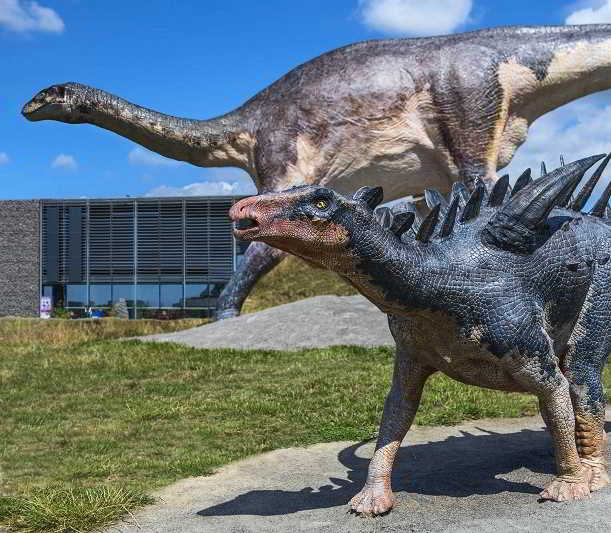 Pedersker - a small settlement with a Romanesque church, Peders kirke, and a Dutch windmill from 1847. On Grubbegard farm there is a museum of tractors, vehicles and engines.

Slusegard - is a small village situated at latitude 55° north and longitude 15° east, where solar time coincides with clock time. This place is marked by a stone block built into the ground. The oldest watermill on Bornholm, built around 1800, is located near the mill.

Almindingen - is a forest in the middle of Bornholm with an area of 2400 hectares. The highest point on the island, Rytterknaegten, is also located in Almindingen. Its height is "as high as" 162 m above sea level. - the third-highest in Denmark. At the top of Rytterknaegten you can enjoy a panoramic view of Bornholm.

The Echo Valley - Ekkodalen is a well-preserved rift valley, where even the quietest sound echoes through the rocks. There is a large car park next to the valley where you can park your car or bike.

Gamleborg and Lilleborg - the defensive walls of two forest strongholds. The first fortress was built by the Vikings and the second belonged to the King of Denmark. In Almindingen, there are three hiking trails to explore the mysterious forest. 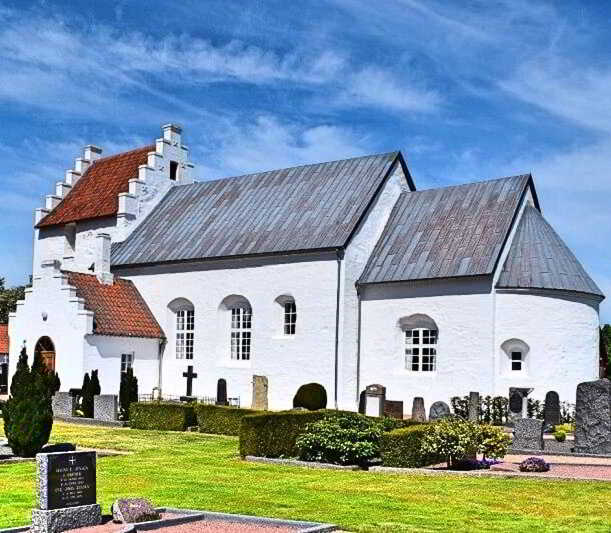 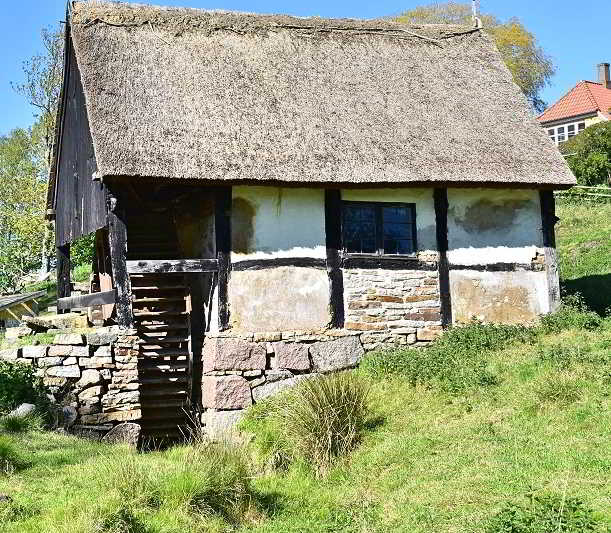 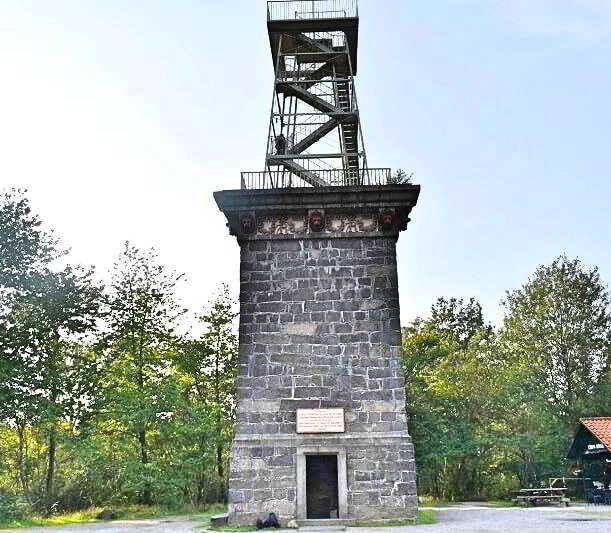 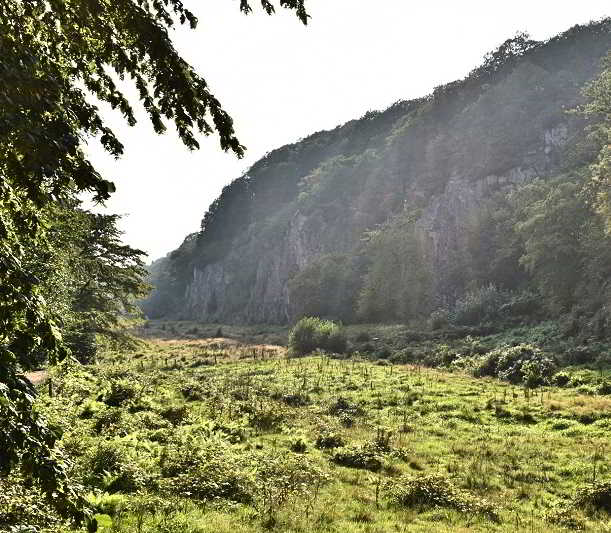 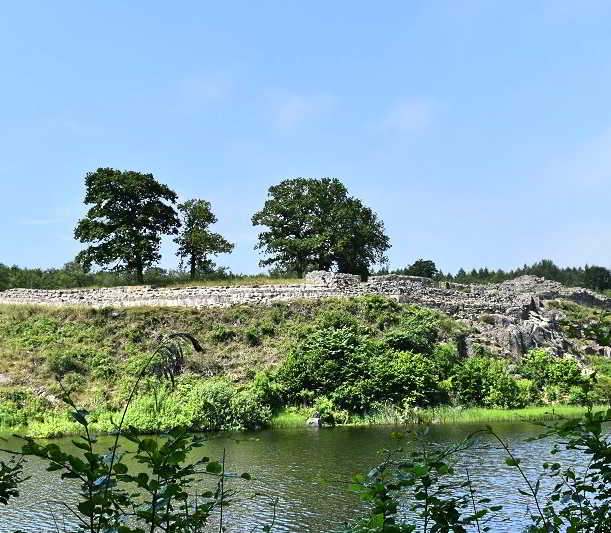