Jons Kapel ("John's Chapel") is one of the most visited places on Bornholm. It is an interesting and beautiful formation of high cliffs on the west coast of the island, about 7 kilometers north of Hasle.

The formation is the result of waves hitting rock at a time when sea levels were much higher than they are today. Jons Kapel is a rock formation up to 40 meters high. The 108 steps of the staircase along the edge of the rock lead down to a rock ledge, known as the pulpit, where, according to legend, a monk Jon told the pagans of Bornholm about Christianity.

In the vicinity of Jons Kapel, there are three small caves where the monk was supposed to live. Each of them had a separate function: a bedroom, a dining room and a basement. In order to protect the rock formation, Jons Kapel was placed under nature protection in 1907. 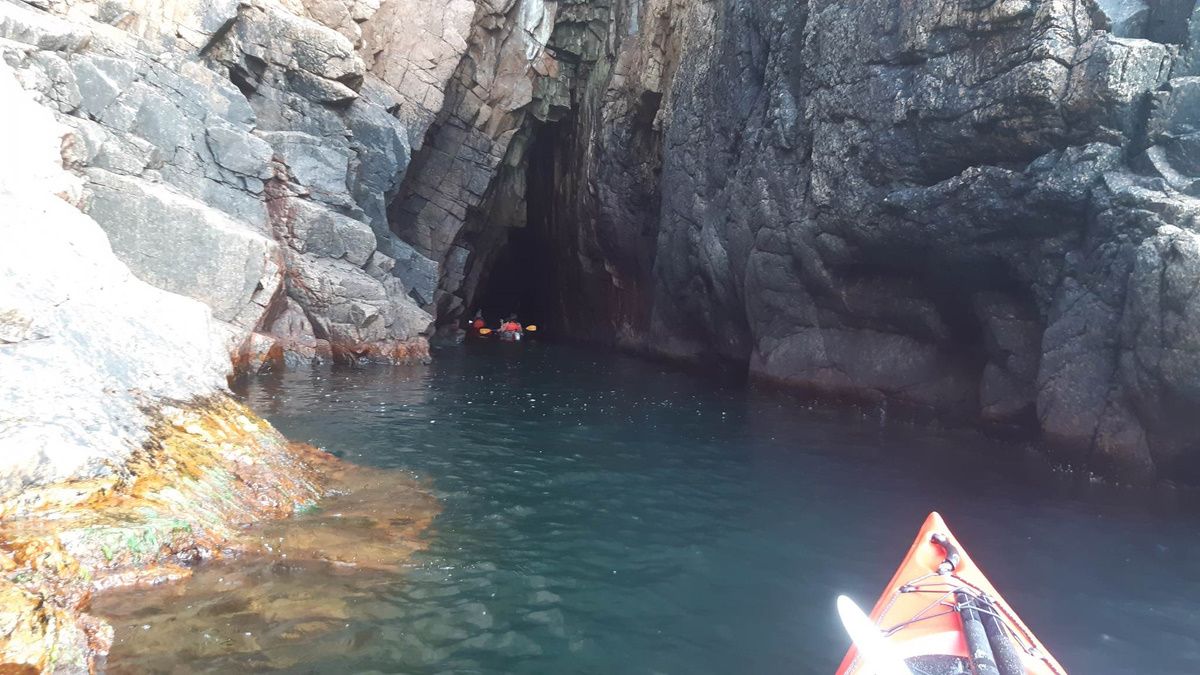 Hvidklev, or as stated on several older Hvidkløv maps - "White Cliff", is a steep rock massif north of Jons Kapel that runs vertically into the sea and, thanks to the inland wind that breaks the waves into a high white wave, definitely deserves its name.

We can start our trip to Jons Kapel in the small fishing port of Teglkås or in a specially prepared and well-marked parking lot above the cliffs. From there it is only a few hundred meters to the steep wooden stairs that lead to the pulpit.

HOW TO GET THERE

By bike: Rønne - Allinge bicycle route, exit at the parking lot next to the road (information on signs), then about 500m walk.