The town of Hasle on Bornholm

Hasle is a small harbor town on the west coast of Bornholm north of Ronne. Hasle is one of the larger cities on the island, with about 1500 inhabitants. It is known primarily for its smokehouse, which in addition to the offered fish dishes also has a museum dedicated to the history and method of smoking fish.
The city center is a port, surrounded by small streets and colorful buildings. The town hall in Hasle, which was built in 1855, is also worth attention. It is also worth visiting the unusual church with a half-timbered tower, built in the 15th century from Bornholm’s granite.
The area around Hasle is one of the most diverse in Bornholm – there you can find rocks, virgin forests, crystal-clear lakes as well as fine sandy beaches.

History of the city of Hasle

Hasle was first mentioned in 1149 as a fishing port for fishermen. Since the 16th-century Hasle has been described as a large trade and fishing center. Due to the developing trade, the city grew quickly and received city rights in 1555.
Hasle's next development began at the beginning of the 20th century. The port was enlarged several times, and coal trade with countries that fought during World War I. After another stagnation in the 1920s and 1930s, fishing flourished again after World War II. Fishing was very profitable until the 1980s when fishing quotas fell sharply. By 1988, the port was expanded to its current size, several port basins and marinas were added. Today, the main users of the port are leisure fishing boats, sailboats and yachts.

What to see in Hasle

Hasle church - a half-timbered church, built in the 15th century from Bornholm granite. Inside, you can see a richly decorated altar from around 1510, and an almost 2-meter runic stone stands in the cemetery by the church.

The swimming pool in Hasle - this is an interesting, concrete structure perfectly integrated into the port landscape. There are two small swimming pools, all around covered with wooden platforms, which encourage to relax. The top of the structure is a 7-meter long staircase, which ends a few meters above the water level - it is also a great place to watch the sunset over Hasle. The floating beach is connected to the waterfront by a 25-meter floating promenade that leads to changing rooms and bathrooms. The building also has a sauna.

The smokehouse in Hasle - is the largest smokehouse on the island of Bornholm - in one of the buildings, there is a museum where you can learn about the history of Bornholm fisheries.

Harbor - Hasle has a relatively large harbor, which was needed when lignite and brick were transported. There is also a sailing harbor here. In the area, there are hotels, restaurants, holiday homes and camping facilities.

The Hasle Gallery - one of the largest courtyards in Hasle near the market square is Grønbechs Gård, now a center of arts and crafts in Bornholm. Artists and craftsmen from the island show their works here. In addition to exhibitions, you can observe artists while creating their work, shop in the store or take a break in the cafe. 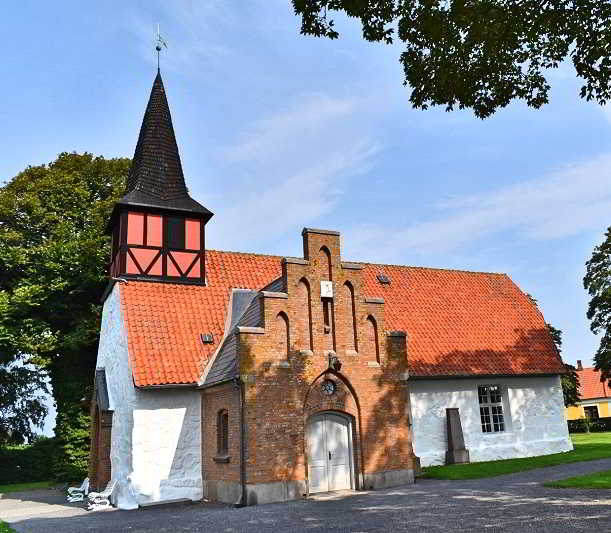 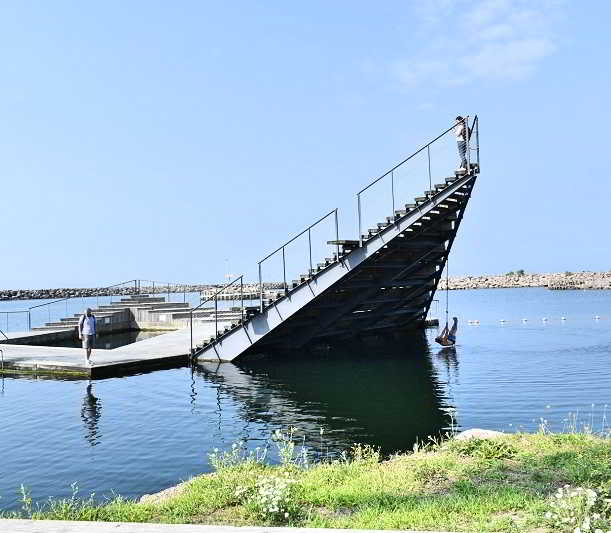 The swimming pool in Hasle 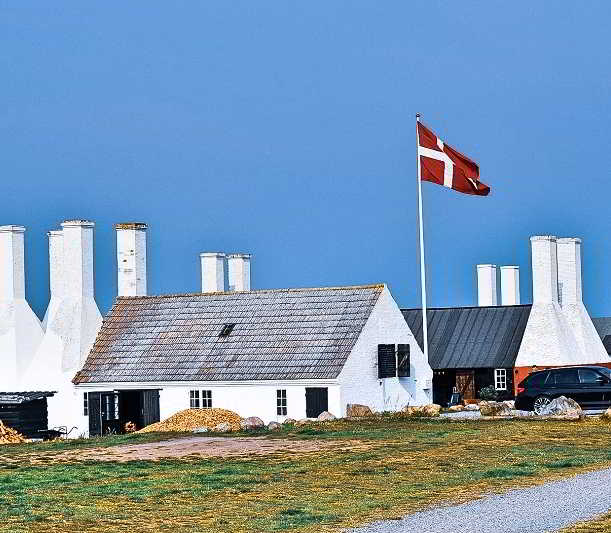 The smokehouse in Hasle 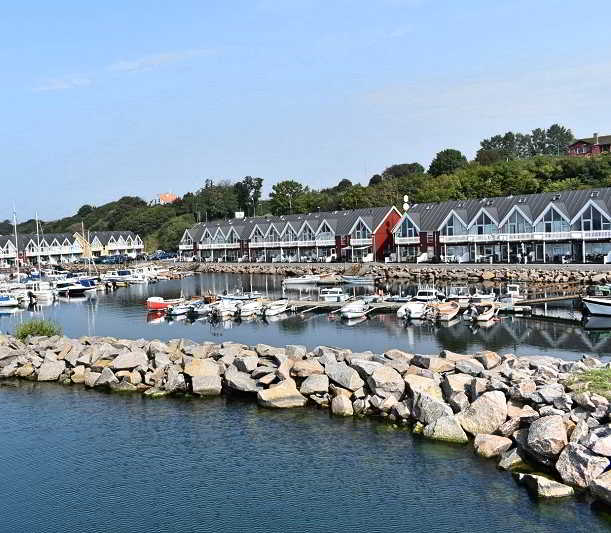 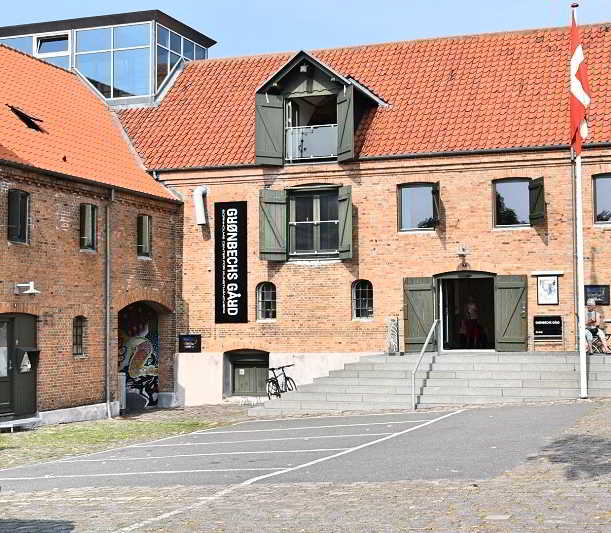 Attractions in the Hasle area

Kultippen - a worth seeing attraction - are piles of coal mining waste on Bornholm after World War II. The wind and weather turned these piles into a surreal lunar landscape. Although the pile was built over 50 years ago, no plants grow there. The reason for this is the high sulfur content in the soil, which can be seen as shiny spots on the surface.

Rubinsø Lake - an artificial lake in the place where a coal mine used to be. It was exploited until the end of World War II, then the excavation began to fill with water and thus the Rubinowe Lake was created, which owes its name to the specific color of the water.

The lake is located about 1 km south of Hasle

Klemensker - a village that has to offer from a culinary point of view: from excellent cheese specialties and fresh milk to freshly caught fish from the municipality's own fish areas. There is also the church of Skt. Clement of 1882.

Helligpeder and Teglkås - small fishing settlements, located about 3 km north of Hasle. Due to the specific climate, they should be one of the most important places worth visiting for every tourist. House smokehouses in Helligpeder are probably the oldest on the island.

Jons Kapel - The Jon Chapel - is a rock from which monk Jon spoke to Bornholmians and converted them to Christianity. It is worth going down the 108 wooden stairs, climbing the rock and admiring the views.

Rutsker - is the highest town of Bornholm. On a hill, 130 m above sea level a Romanesque church was built around 1200 Ruts Kirk church. One of the participants of the Hasle uprising, Povl Anker, was a pastor in this church. 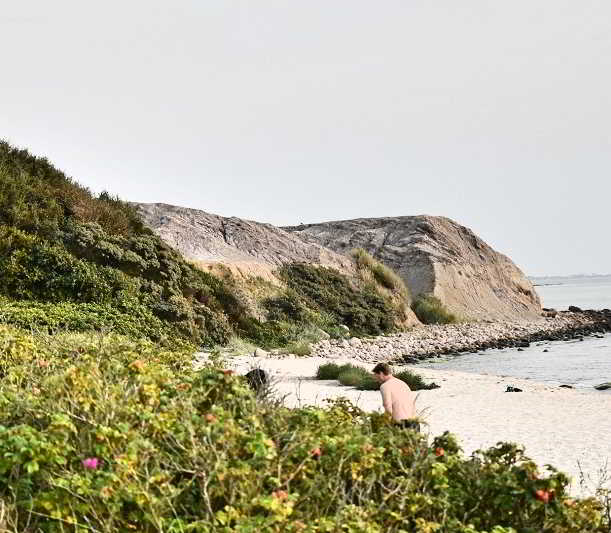 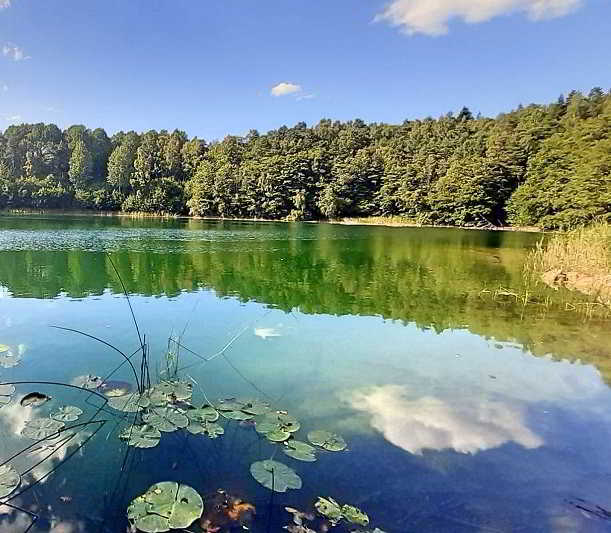 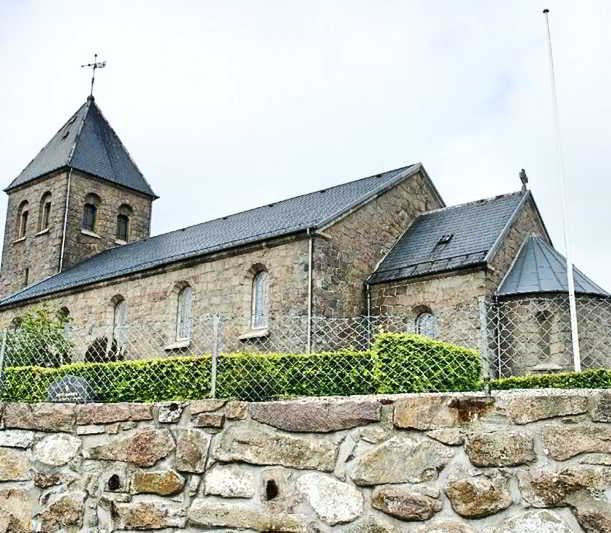 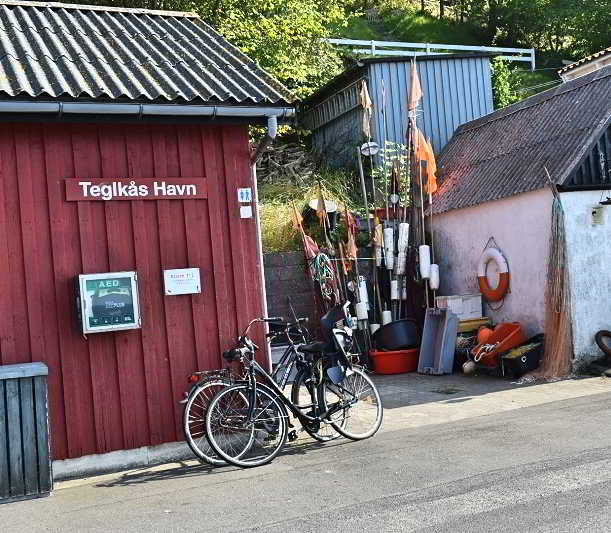 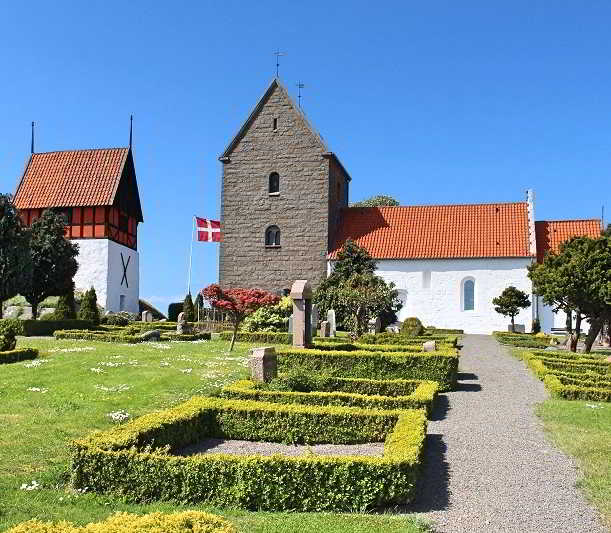