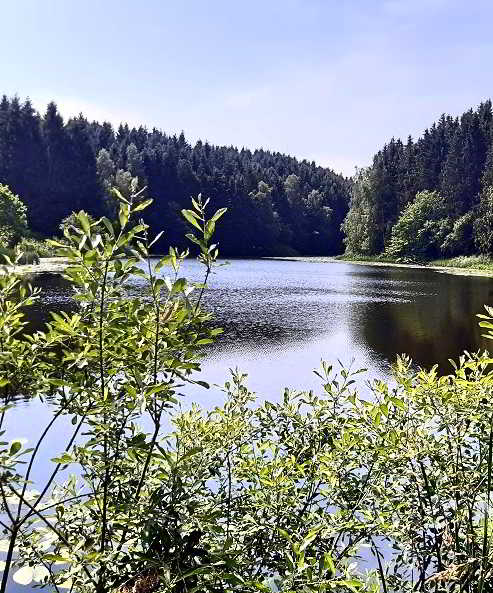 The Rø plantation is a forest area in the north of Bornholm. From the mid-nineteenth century, the central part of Bornholm, formerly covered with heather, was reforested. In addition to the Almindingen forest area, an almost 600 hectare Rø plantation south of Rø was established between 1866 and 1875.

Until the mid-19th century, the area was used by local farmers as pasture for animals. Later, part of this place was divided into farms, and the remaining area was fenced with a stone wall with a length of 10 km and planted with young trees. In particular, Scots pines, firs and larches were sown.

Two rift valleys, Søndre and Nørre Borgedal, cross this picturesque area. They collect water, which later feeds the Bobbeåen River and flows towards Salene. The Nørre Borgedal valley has very steep slopes which makes it a very interesting fissure valley on Bornholm. The substrate is granite, the most common type of rock on the island, with a thin and not very fertile layer of soil above it.

This area is perfect for hiking, a marked hiking trail runs through the plantation, the route is about 5.5 km long. However, the hiking trail consists of both the short version and the long version. The shorter trail is just over 2.5 km long. The route takes you through hilly and sometimes difficult terrain with great views. There are many moats there, which in the past were created by forestry to transform the former moors into a functioning forest. Still a well-known swamp area is Donnemyr, named after the chopsticks found there. In the Søndre Borgedal valley today you can see a not too old lake, which was created after a devastating storm in October 1967 to store a large amount of broken wood.

The surrounding area of ​​Rø is hilly, and thanks to the vast landscape of the Rø plantation with its many ponds and lakes, it offers a variety of cycling and hiking opportunities. In particular, along the currently closed railway line from Gudhjem via Rø to Klemensker and Nyker, there is a picturesque cycle path with great barbecue and relaxation areas. The bicycle route from Rø to Nyker is 13 kilometers long, and the circular Nyker church is an architectural and historical gem. Olsker is 7 kilometers away from the bicycle path to another of the four rotunda churches on Bornholm.

The Rø plantation is not suitable for wheelchair users and weaker walkers, you cannot use a wheelchair on the hiking trails as the forest roads have large ramps. 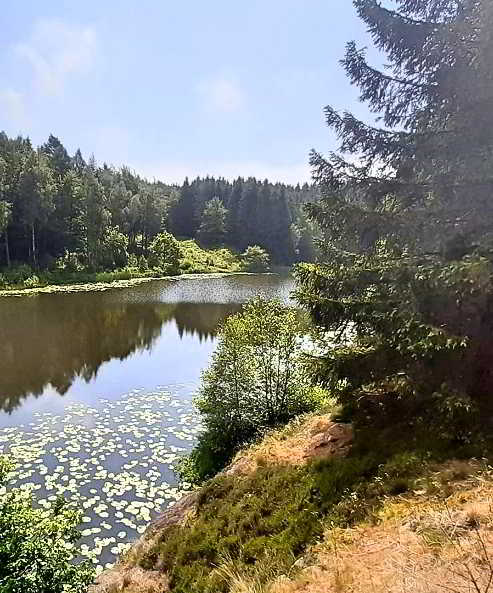 Free night
In the Rø Plantation it is possible to stay in a tent, according to the rules of "free tenting" - only one night in the same place, no more than two three-person tents in the same area, without the possibility of making a fire, and tents cannot be visible from residential areas and roads.
BBQ area
The public fire and barbecue area is located at the northern end of the plantation near the parking lot on Mortingeva Street. There are tables and benches by the fire, as well as a primitive toilet.
Fishing:
If we have a fishing license, we can fish in Lake Borgedals all year round, taking into account the conservation periods.
Dogs:

Dogs must be kept on a leash.
DRIVE
There are several ways to get to the Rø plantation. There are parking spaces on Sigteva, Mortingeva and Lundehusvej. Public Transport: Bus line 2 runs between Rø and Klemensker past the Rø plantation. You can ask the driver if he can stop on the bike path or on Mortingeva.

Nearby attractions around Plantation Rø 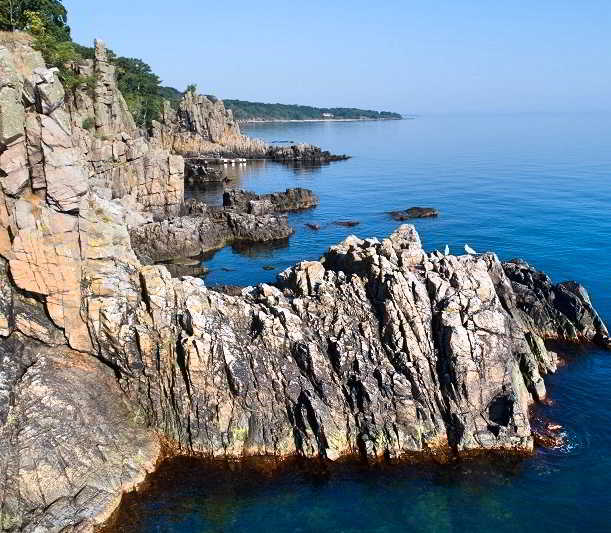 The Rø Valley offers excellent excursion possibilities, mainly due to its direct location on the Helligdomsklipperne - the most impressive rock formations in all of Scandinavia, which extend along the north-east coast of Bornholm and offer an impressive hike along the panoramic coastal path. 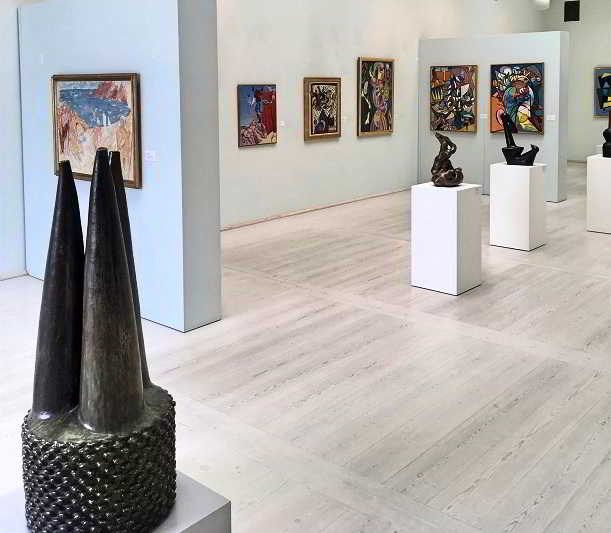 Passing the state-of-the-art, cliff-top art museum, which not only displays contemporary island art exhibitions, but also has a cozy cafe with panoramic views of the cliffs, we will arrive at stunning cliffs and unique views.

Stop at the Museum 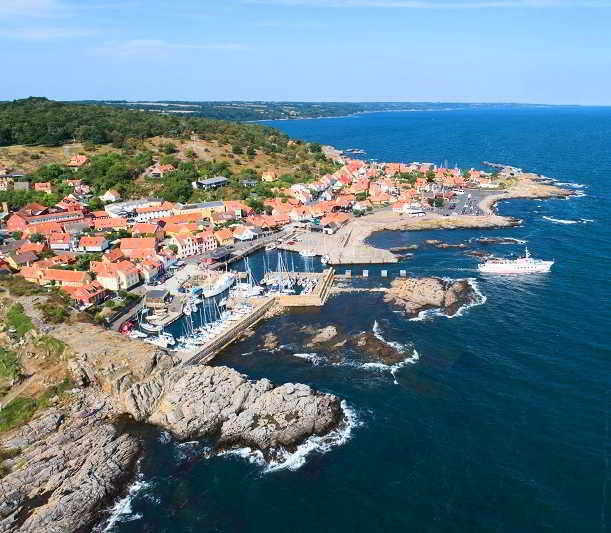 Tourists also have the opportunity to enjoy a great view of the cliffs on a boat trip. Sightseeing boats depart from the port of Gudhjem to Helligdomsklipperne, but also to Christiansø Island, which is approximately 18 kilometers northeast of Bornholm.