NaturBornholm is Bornholm's only interactive science centre where science and play come together to create a fascinating adventure. A visit to NaturBornholm is a great experience full of adventures and knowledge for families with children, organized groups and school trips. Here you can get to know the secrets of the unique nature of the island and make a fascinating journey through 1700 million years in a time machine.

At the centre of science are fish in the huge Baltic aquarium, crocodiles, vipers and other living animals, and an exhibition with many valuable fossils and realistic models of dinosaurs. Outside there is a "Sunny Island" with electric cars for children, a palaeontological stand and models of dinosaurs.

The modern science centre has been built adjacent to the famous geological boundary, the only place in Europe where you can step on a Precambrian gneiss with one foot and one foot on Cambrian sandstone and thus "jump" for 1.2 billion years! At the Strøby quarry, on the petrified seabed is one of the oldest traces of life on Bornholm, jellyfish prints dating back 540 million years. NaturBornholm was put into operation on May 16, 2000.

The 3,800 m² property is one of the largest on the island. It was designed by Henning Larsen in the style of Scandinavian minimalism. The façade was made of gabions filled with Bornholm granite. The building is separated by a glazed slit-valley corridor, symbolically linking the history and culture of Aakirkeby with the unique nature of Klintebakken Hill. 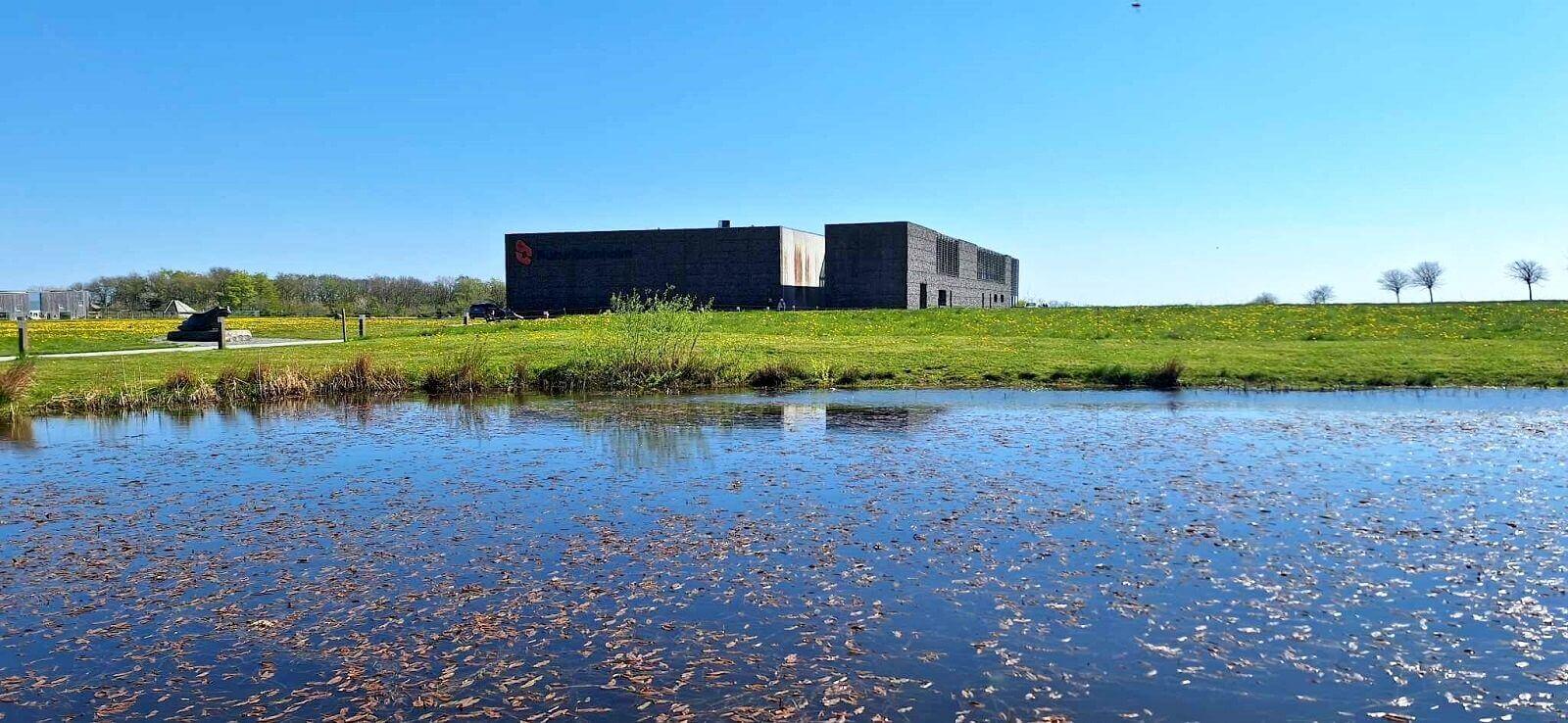 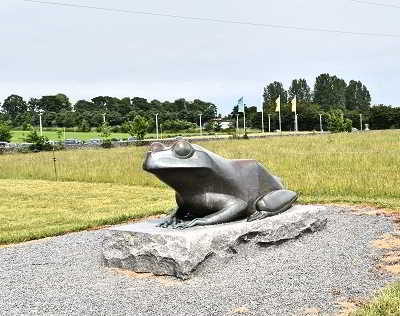 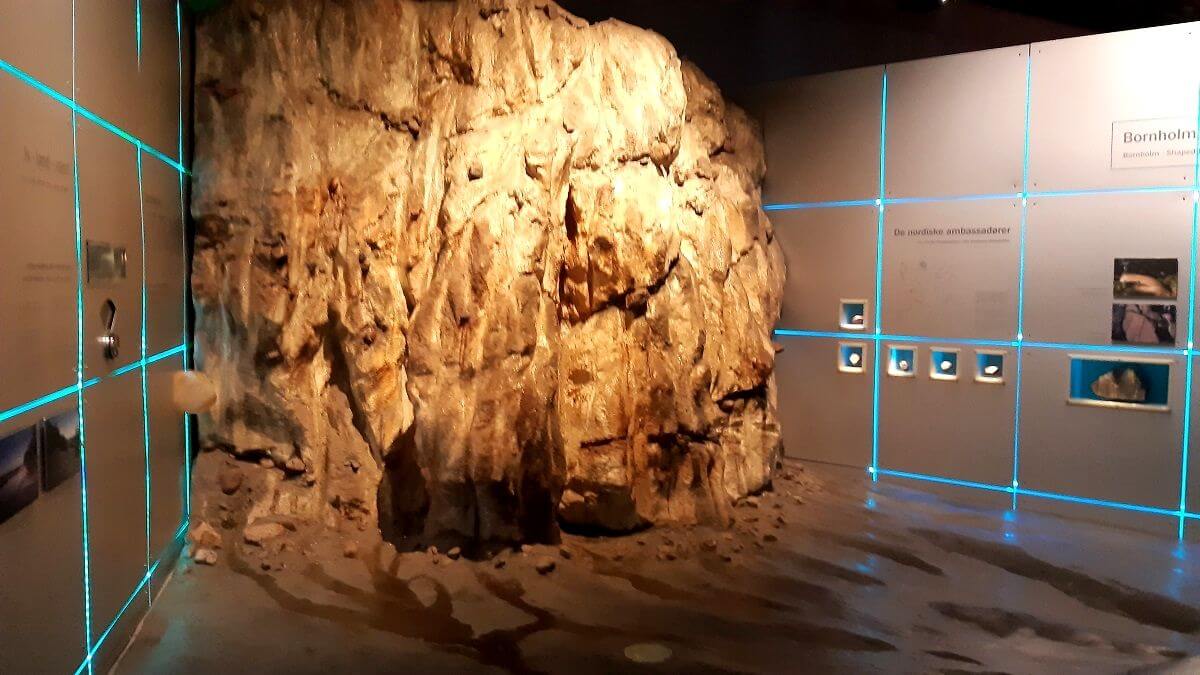 Start your vacation with a visit to NaturBornholm. Learn the secrets of Bornholm's unique nature in a modern science centre. Take a fascinating journey through 1,700 million years

Exhibition: Geology, flora and fauna of the island of Bornholm

The permanent exhibition at the NaturBornholm museum is devoted to the 1,700 million-year-old geology of Bornholm, the maternal rock is made of granite and gneiss. Here we will see real fossils and visit an exhibition with realistic models of Bornholm's dinosaurs, which will introduce us to the world of prehistoric reptiles. Some left 70 cm tracks, others were the size of a chicken. 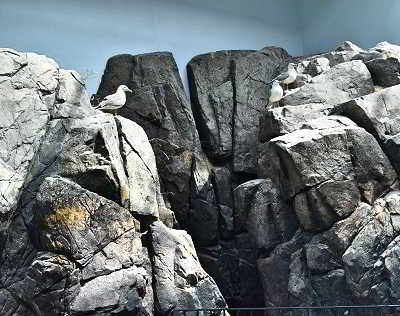 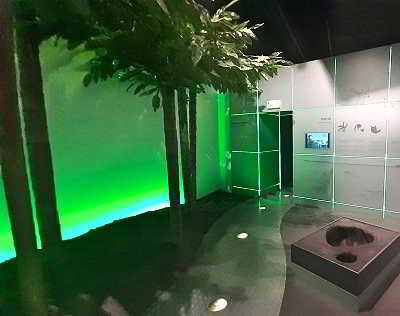 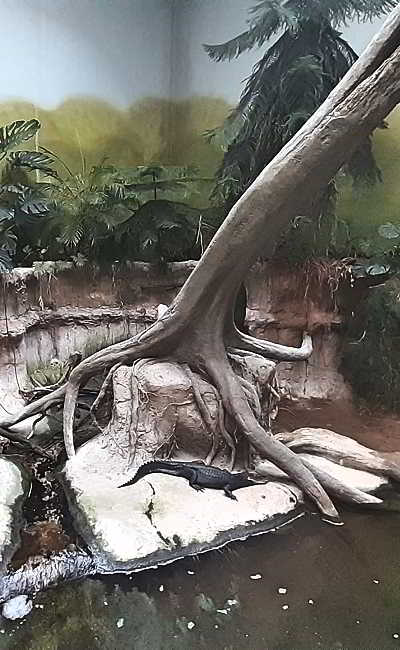 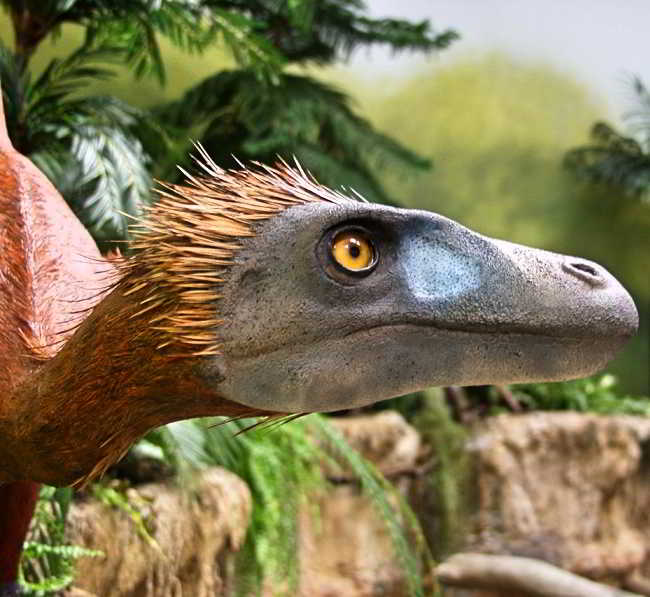 Since a Dromaeosaur's tooth was found on the island, scientists were sure that a special species of dinosaur existed on Bornholm: the species was named "Dromaeosaurides bornholmensis". A model of this dinosaur is in the museum.

Bornholm is the only region in Denmark where dinosaurs have ever existed.

In 2000, a Dromeosaurus tooth was found in a gravel pit at Robbedale near Rønne. In 2016, a new exhibition was created devoted only to the dinosaurs from Bornholm. However, in order to best present the living conditions of dinosaurs, an additional room was dedicated to them, in which the prevailing conditions of that time were recreated. An exhibition about dinosaurs is in the Discovery Room.

Outside the Science Center, we will see dinosaur models. There is also a paleontological site for children (a dinosaur skeleton hidden in the sand) who can take part in a search for fossils from the time of the dinosaurs.

The large Baltic Sea aquarium is also part of the NaturBornholm Science Center, where visitors can observe different types of fish such as cod and flatfish. 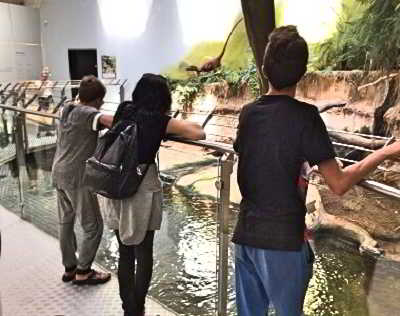 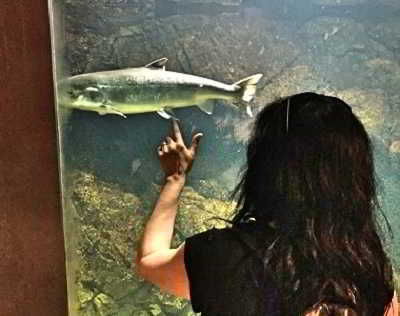 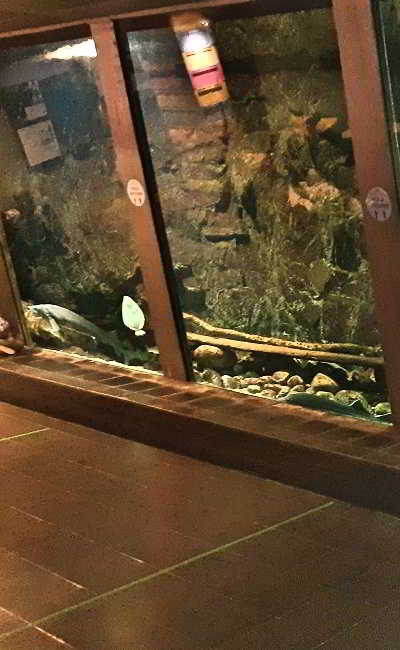 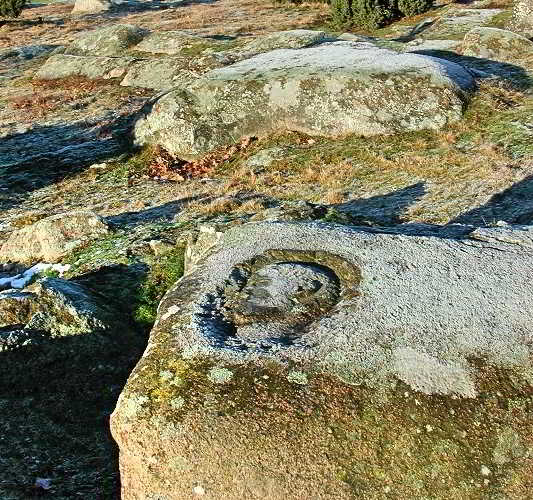 NaturBornholm was built adjacent to the famous geological boundary, a fault zone that was formed about 200 million years ago in the result of a giant earthquake. In one step, you can make a geological jump in time for 1.2 billion years.

The Bavnet rocks are located next to the NaturBornholm car park. These are fragments of the mother tree rounded and smoothed by the ice sheet. Above their surface, there are scrubbing scratches from the Ice Age. The presence of Bronze Age rock carvings in the west of Bavnet proves that this is a former place of worship about 4,000 years ago.

Facilities for the disabled

NaturBornholm has been designed in such a way as to facilitate the movement of disabled people as much as possible. People in wheelchairs will not encounter problems here!

If necessary, visitors to NaturBornholm can use the prams at our guests' disposal free of charge after checking in at the reception. At NaturBornholm there is a toilet suitable for wheelchair users, which also has a special table for changing babies - our youngest guests.

Dogs are not allowed as there are live animals in NaturBornholm (e.g. crocodiles and turtles). Only blind people are allowed to visit the science center with a guide dog.

HOW TO GET THERE