The town of Svaneke on Bornholm

Svaneke is the easternmost city on Bornholm, located on a rocky hill with direct access to the sea from the east. The rocky shoreline at Svaneke is very varied, with many coves and promontories. Currently, Svaneke owes its development and prosperity to fishery and tourism.

The unique atmosphere of the city attracts many artists who have their galleries here. Due to the fact that the city has retained its former character, Svaneke received the European Gold Medal award in 1975, because the preserved houses and even the entire streets look like in the sixteenth and seventeenth centuries.

In Svaneke there is the only Bryghuset brewery on the island and the "caramel factory" Svaneke Bolcher - the most visited place in the city. In addition to being able to taste the beer or caramels, it's also worth looking at the production process. Many Danes consider Svaneke to be one of Denmark's prettiest cities.

Svaneke from a fishing settlement became a city with merchant rights in the 15th century. The greatest development of the city began in the Middle Ages and Svaneke owes it to the rich fishing of herring in the Baltic Sea and trade of the fish. When herring stocks in the Baltic began to decline, rich merchants from Svaneke bought nearby farms and started farming.

What to see in Svaneke

Hotel Østersøen - was built in 1839 as a residential building and warehouses. The old merchant house from the 18th century was rebuilt into 21 charming holiday apartments. The courtyard in the middle of the old house is a beautiful garden with fig trees, palm trees and a swimming pool.

Siemsens Gaard - was built in 1749 in the form of a quadrangular manor, located in the port of Svaneke. The hotel is housed in an old 3-story grocery store overlooking the harbor. The old grocery store is surrounded by the most beautiful rose garden. Up to today, only three wings of the manor have survived.

Svaneke Kirke - a local church, part of the preserved fragments of the building come from 1350. From the church tower a symbol of the city - a swan - looks at the town.

Water tower - built in the form of a pyramid in 1952 was design by well-known Danish architect Jørn Utzon. The tower is now closed and is an interesting monument of modern architecture.

Bechs Mølle - Built-in 1629, it is the oldest standing windmill in Denmark. In recent years, extensive conservation work has been carried out, maintaining the old structure and machinery as much as possible. In the 17th century, it was one of three mills on the northern outskirts of Svaneke. The main conservation works were carried out in 1972–73 and again in 2002–2007. It is a historic building since 1960.

Svanemøllen - is a wooden mill located west of Svaneke. It was built in 1857 and operated until the 1950s. It has been a historic building since 1960.

Svaneke Bolcheriet - the famous candy factory where we can see the process of creating these delicacies. While looking at work, mixing colors and flavors, we can't really imagine the end result of the work. We were personally surprised by the emergence of red cherries on a white background in a green frame. 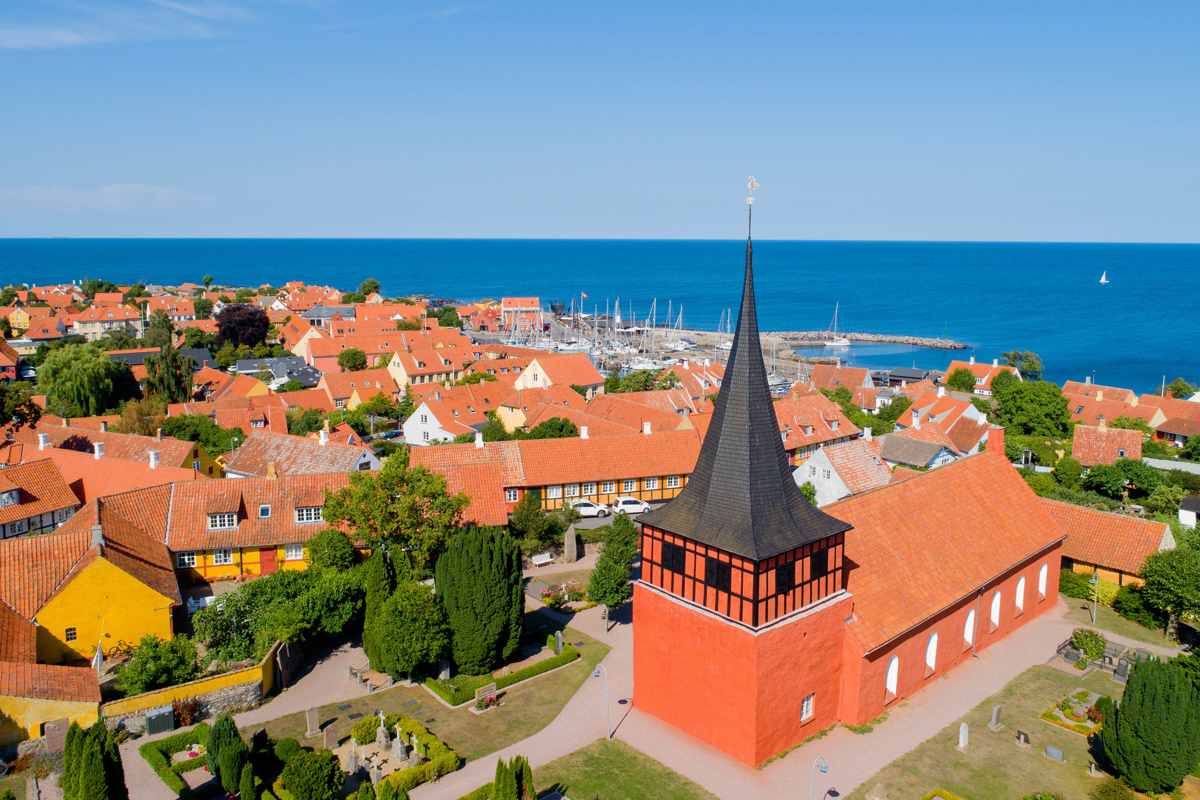 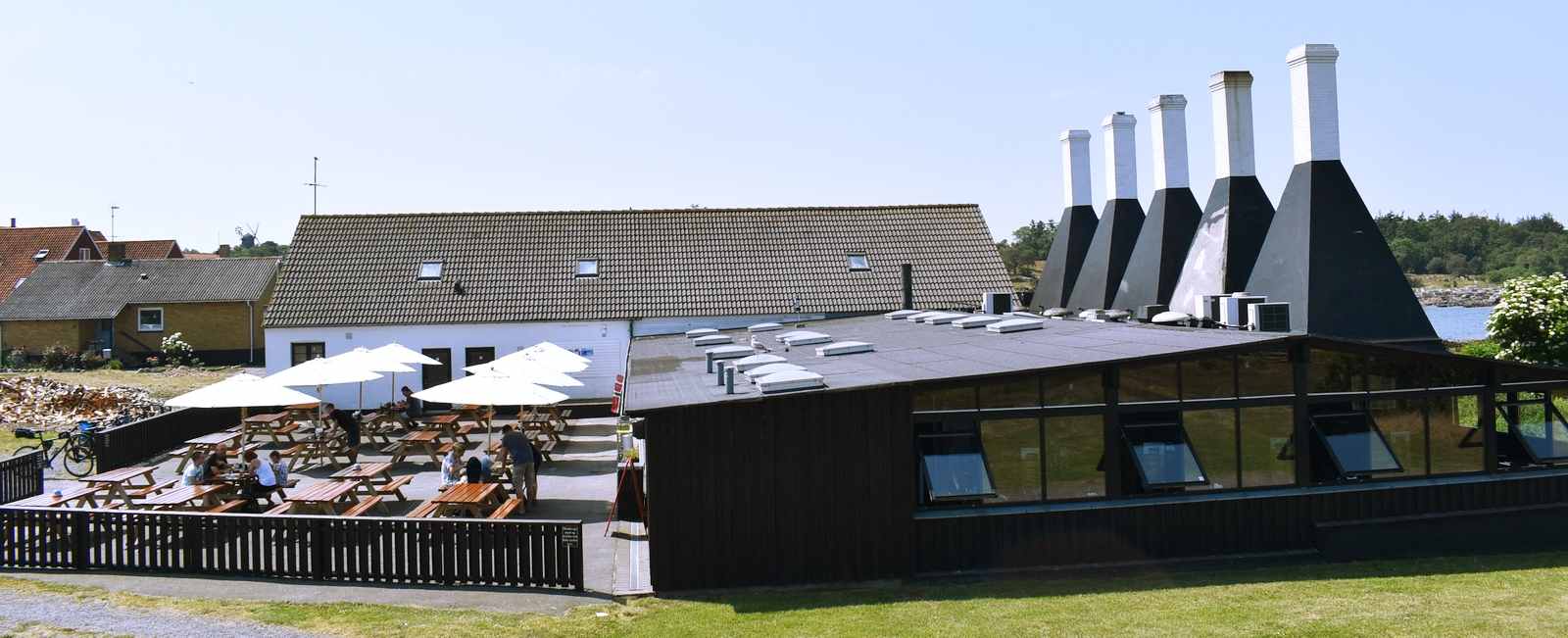 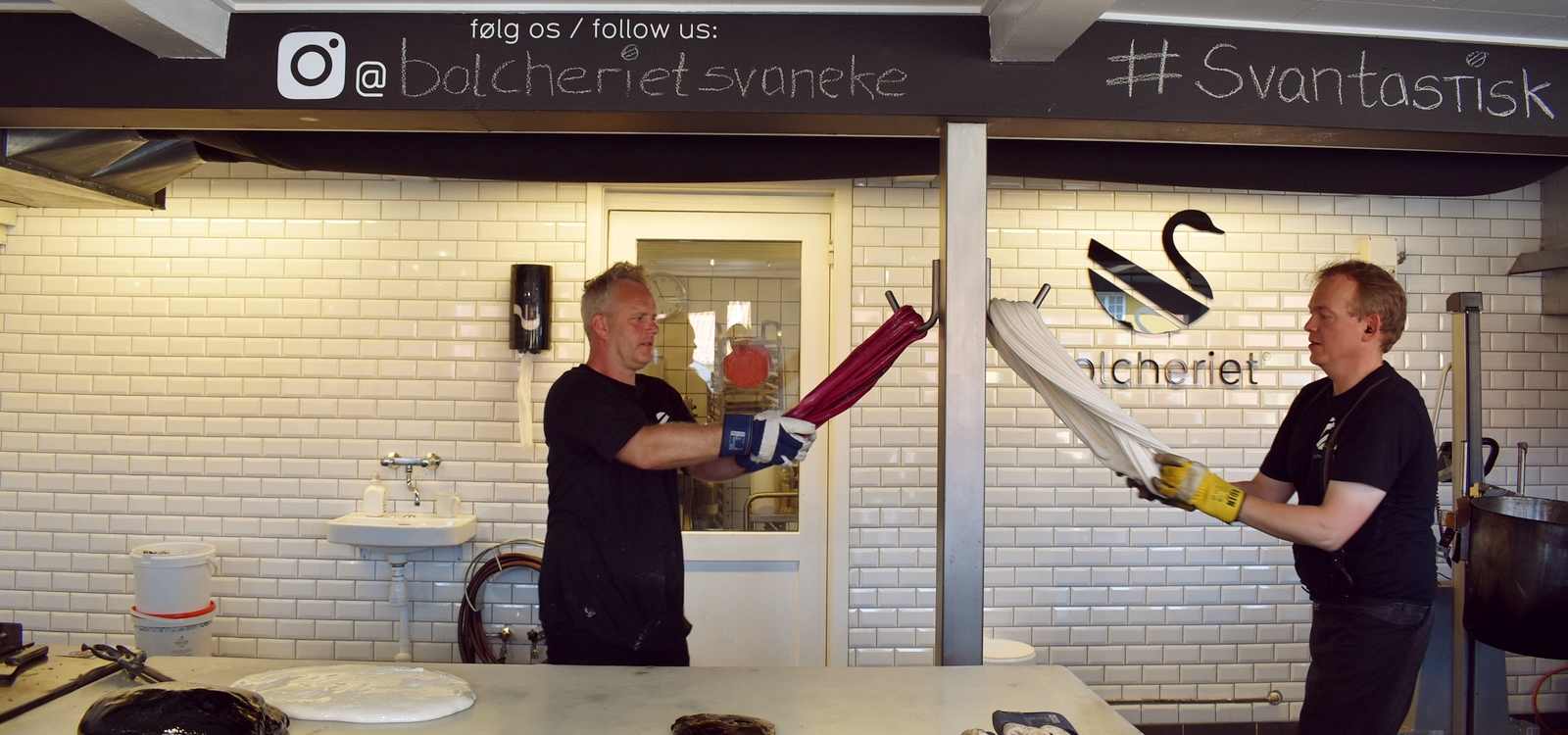 Attractions in the Svaneke area

Østermarie - west of Svaneke, there is a small town with the ruins of a medieval church from the first half of the 12th century. Church ruins are considered a monument due to architectural and technical details, useful for archaeological research. A neo-Romanesque church was built next to the old ruins. The pulpit and baptismal font were moved from the ruins of the old church.

Louisenlund - 5 km west of Svaneke, in the direction of Østermarie, is the largest collection of prehistoric man cult stones - menhirs - on Bornholm. About 50 giant stones are set up in the woods between the trees. Some stones exceed 2.5 m in height. In 1851, the place was visited by the Danish king Frederik VII and named him after his beloved wife, Luisa. Louiselund means Luisa's babe.

Listed - approx. 1 km to the northwest from Svaneke there is an old fishing village by the sea. Old half-timbered houses have survived here. The port in Listed was important for it’s fishery of herring in the Baltic as early as the Middle Ages.

Aarsdale - 4 km south of Svaneke, there is a fishing village from 1869. About 500 inhabitants live permanently in here. Single-family, thatched houses with a timber-framed structure integrated into the well-tended gardens create a charming atmosphere. Herring smokehouses are a natural element of the landscape. Aarsdale is proud of the windmill mill of 1872. This mill is open today and you can buy freshly ground flour here.

Paradisbakkerne - Paradise Hills. As a result of the actions of the glacier in this area, crevice valleys and rocky hills smoothed by the ice sheet were created. To facilitate a walk around Rajski Hills, 3 tourist routes have been prepared. Trails have been well described and marked. Walking along the selected route you can watch, among others a huge erratic boulder Rokkesten, Grydesø lake and the ruins of Gamleborg settlement.

Joboland - (Brændesgardshaven) opened in 1933 is the oldest amusement park in Denmark. On an area of ​​6 ha, both adults and children will find something for themselves. And there is a lot to choose from - among many attractions a swimming pool (water heated to 22 ° C), water slides, a roller coaster, mini Zoo, go-karts and much more.

The park is located about 3 km from Svaneke 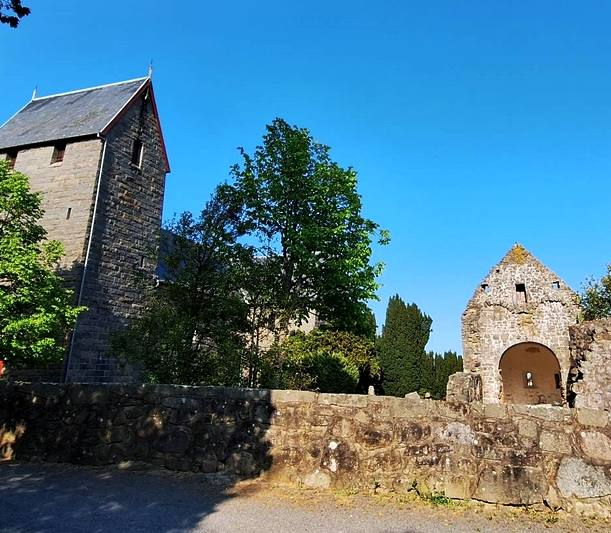 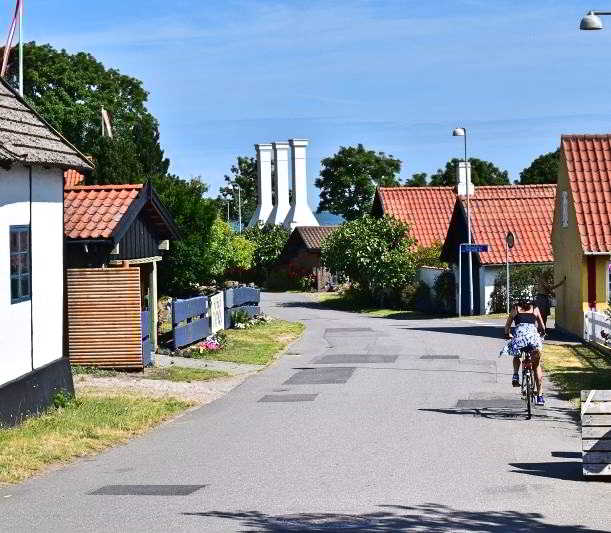 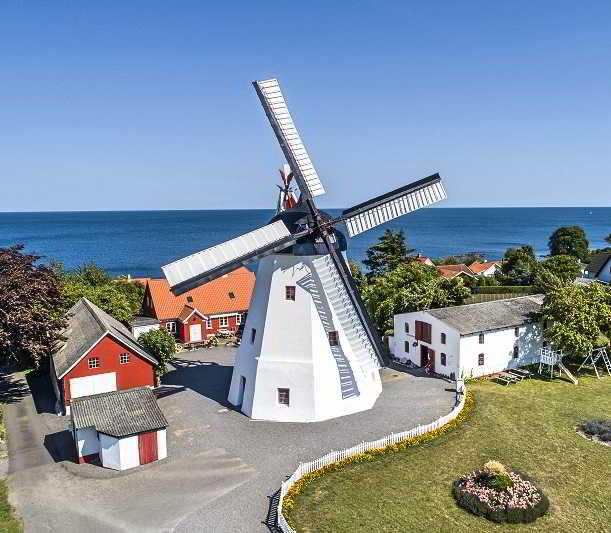 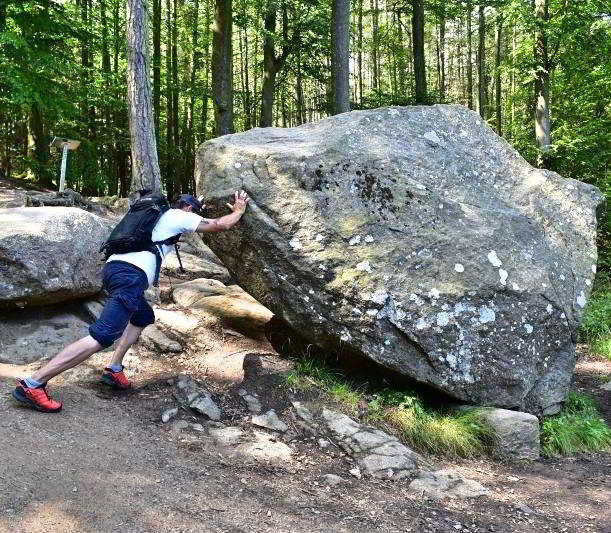 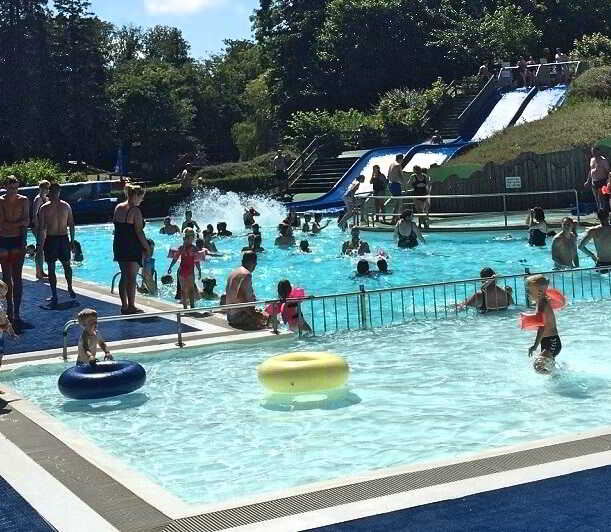