CORONA / COVID-19 INFO: You can find all specific important information on this topic HERE

History of the island of Bornholm

The beginnings of settlement

Bornholm has been inhabited since prehistoric times (the oldest evidence of human settlement dates back to 9000-8000 BC). At that time, Bornholm had a land connection with the territory of today's Poland and Germany, from which it separated between the years 6800–4500 BC. Around 3500 B.C. there was a fortified camp near today's Aakirkeby, proof of which are the fortifications and earth embankments that have survived to modern times.

The first traces of agriculture on the island date back to these times. From the 13th - 9th century BC there are numerous rock carvings in Madsebakke and numerous iconic menhirs. 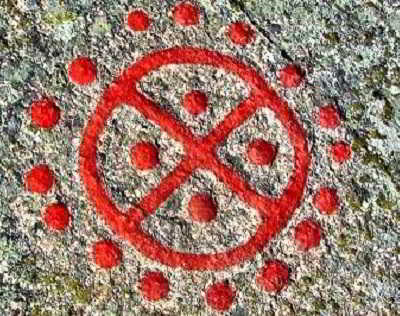 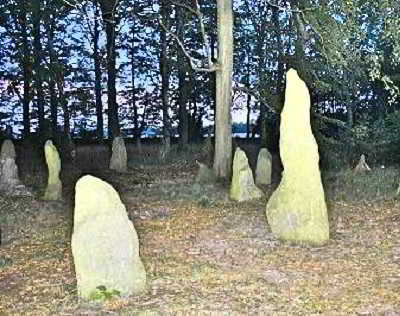 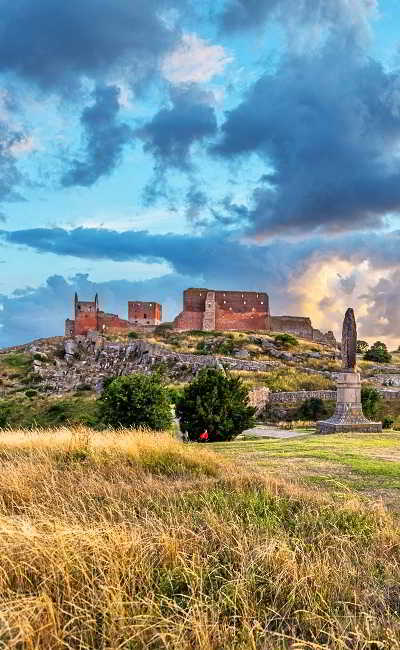 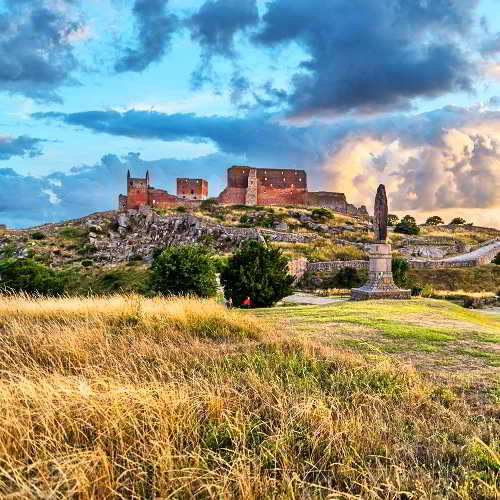 In the V - VI century A.D. the island was inhabited by a Germanic tribe of Burgundy, but later the Vikings settled on it. From these times (890 A.D.) come the earliest mention of Bornholm, which was then called Burgundarholm. The period of IX - XII century was a time of struggles for the island between Germanic Danes and Slavic Wends. From this date, typical Rotunda defensive churches date back to Bornholm (four of them have survived to this day - in Nyker, Olsker, Nylars and Østerlars.

In 1149, much of Bornholm came under the rule of the archbishopric of Lund and since then the island has become an area of ​​armed rivalry between the governors of the Danish royal authority and the representatives of the archbishopric of Lund. The headquarters of the church authorities was Hammershus Castle in the north of the island (its construction began around 1250), and the stronghold of the royal authorities was the old fortress of Lilleborg (expanded in 1150), located in the central part of the island in the current Almindingen forest. As a result of the fighting, Lilleborg was destroyed.

In the fourteenth and fifteenth centuries, the actual power over the island was exercised by merchants from Lübeck, who assumed power over it in 1525. In 1578, the Danish King Frederick II regained power over the island. In 1645, during the battles for dominion in the Baltic Sea between Denmark and Sweden, Bornholm was temporarily controlled by the Swedes. However, in the same year an uprising broke out on Bornholm against Swedish rule, whose leaders were Jens Pedersen Kofoed (1628-1691), Paul Anker and Willum Clausen. The insurgents won, killing, among others Swedish commander of the island of Printzensköld (1615-1658) and expelling the Swedish army.

The uprising ended with the Copenhagen Peace Treaty of 1660, and the handing over of the island to the Danish Crown, and many royal privileges were granted to the inhabitants. Among others the islanders were granted the privilege of alcohol production, and Bornholm's Defense Departments, consisting of only the island's inhabitants, were created to this day alongside the regular army. 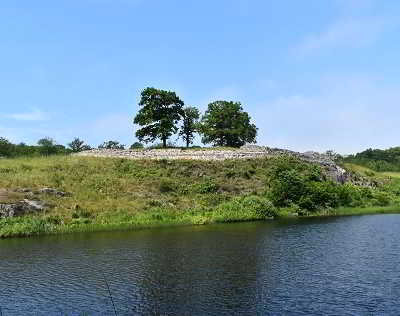 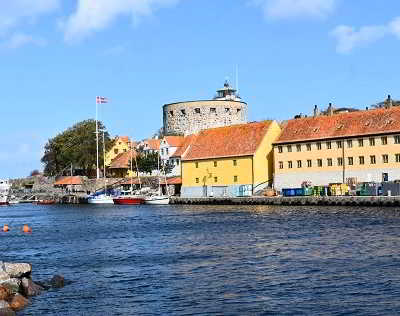 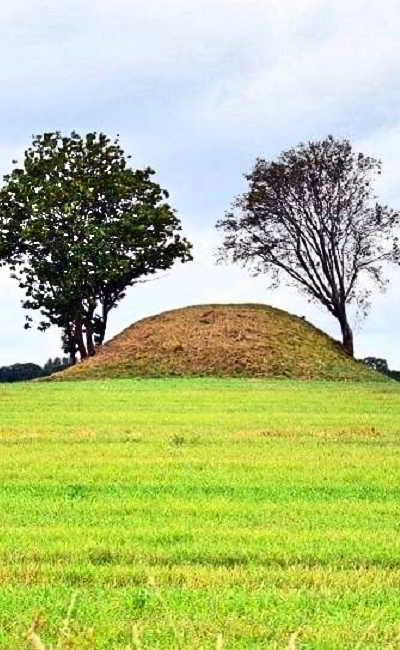 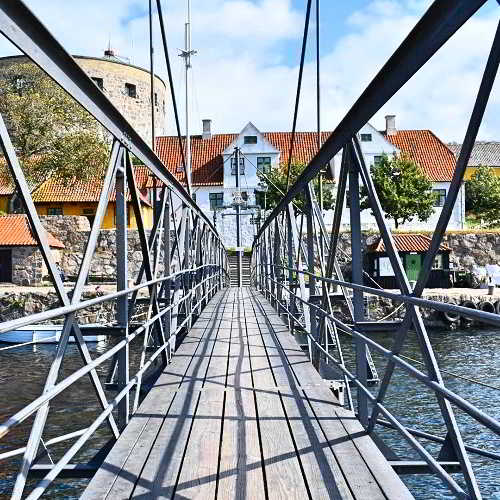 In the 17th century, mining of rock materials and coal began. Profits from the sale of these goods and from fishing were the beginning of the island's economic development, interrupted by epidemics and Napoleonic wars.

Successive Danish kings strengthened Bornholm in military terms - it constituted an important naval base for Denmark. King Christian V began construction of a sea fortress in 1684 on a small island 18 km east, named after him Christiansø - still under the jurisdiction of the Danish Ministry of Defense.

After the end of the wars, Bornholm began to grow economically again. In 1866, permanent shipping lines were opened with Copenhagen and nearby Ystad in Sweden (navigation was maintained daily using steam ships).

This contributed to the development of tourism in Bornholm, especially after the launch of a permanent ferry connection with Sassnitz on the German island of Rügen, and then with Kołobrzeg. 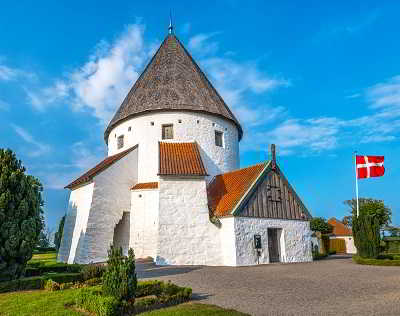 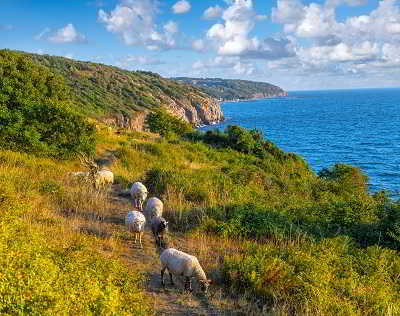 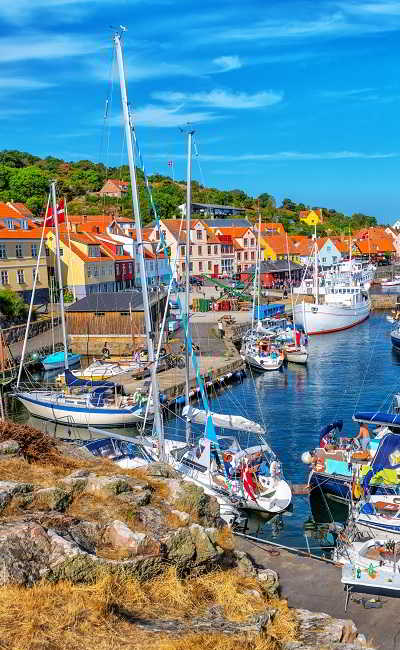 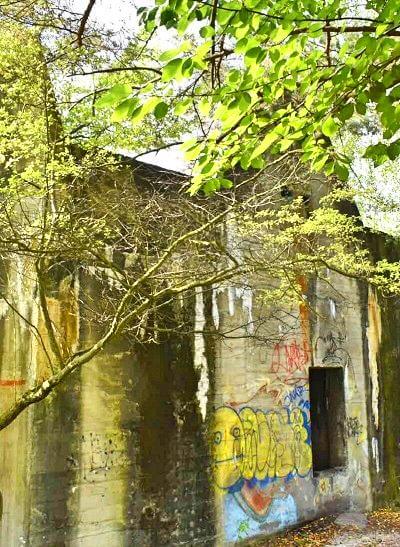 On April 10, 1940, Germans landed on the island and near Dueodde (in the south of the island) began to build fortifications with positions for 2 large coastal artillery guns. German occupation was not burdensome for the island's inhabitants, and no major resistance against the occupiers was noted.

Bornholm’s fishermen took part in the evacuation of Jews from Denmark to neutral Sweden, at the time when they were threatened with deportation to extermination camps.

Faced with the attempt of resistance by the Nazi troops, the Russians bombed Rønne and Nexø on May 7 and 8, 1945, destroying about 800 houses. In view of these raids and the presence of approx. 26 thousand refugees from Germany and the Baltic countries, the commander of the German garrison of several hundred, Gerhard von Kamptz on May 9, 1945 capitulated in front of the Red Army, which in the number of about 10 thousand soldiers occupied the island until April 5, 1946, when left Bornholm practically overnight.

In Allinge there is a cemetery with the graves of 36 Soviet soldiers who died of disease at that time. In 1946, Sweden offered 300 wooden houses (existing to this day) to the inhabitants of Bornholm in order to rebuild the towns bombed by the Russians. 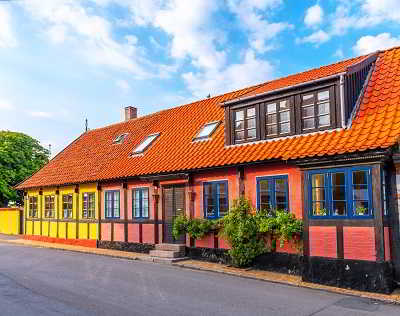 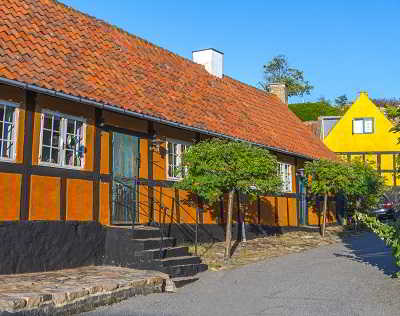 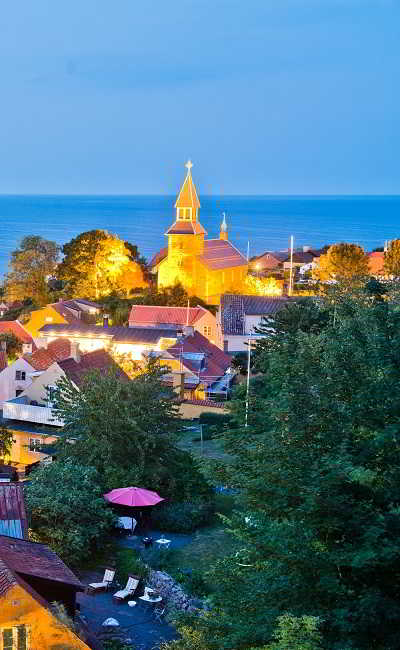 After World War II, Bornholm, as part of modern Denmark, benefited from building assistance from Americans and Scandinavian neighbors. The destruction of the last days of the war was quickly removed. Bornholm is now a province of Denmark, about 40,000 people live on the island.

As part of the Western European country, Bornholm has a relatively high gross national product and a good pension and social system. Most of the island's population now live on tourism or agriculture.

Fisheries have lost their historical significance. In addition to high-quality cuisine initiated with regional and seasonality in mind, special emphasis is placed on renewable energy sources and sustainable development principles. 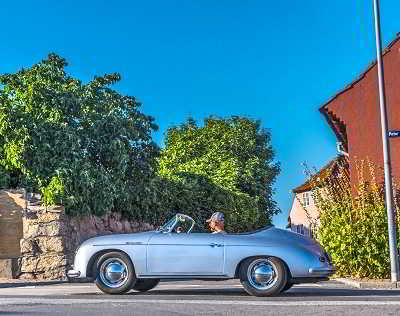 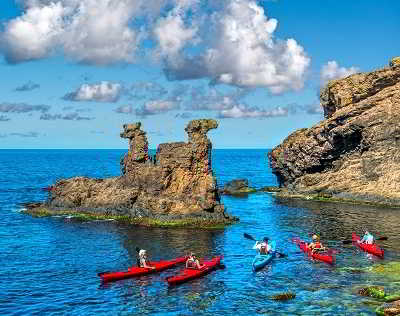 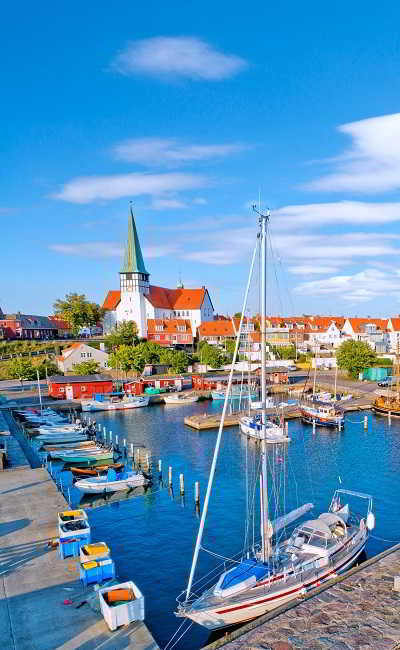