Bornholm - the sunny island of the north

Welcome to this extraordinary island.
Bornholm is a unique and special part of Denmark. Magnificent landscapes with rocky cliffs, Mediterranean vegetation, cheerful and open people, and local dialect are the hallmarks of this sunny island. Well-kept and quiet towns, full of small houses and charming streets, exude an atmosphere of peace and idyll.

The 140-kilometre-long coastline with wide sandy beaches and unique rock formations, as well as a peaceful atmosphere, guarantee a wonderful holiday. The size of the island means that everywhere is close by, and within half an hour you can reach any of Bornholm's many attractions. But it's not just the beautiful scenery and nature that makes Bornholm so appealing - there is more than 235 km of excellent cycling routes for families with children and experienced cyclists, as well as scenic footpaths for the more active. A magnet for the adventurous is the opportunities for rock climbing, golf, diving in excellent conditions, and sea kayaking.
This small island with an area of 588 km2 has been attracting tourists for over a century, not only with its beautiful views and active recreation but also with its history. Hammershus - the largest complex of medieval ruins in Scandinavia, which is located at the northernmost point - Hammeren - awaits visitors. Also Jons Kapel - is one of the most visited attractions on Bornholm.

Bornholm is also known for its rich culture and tradition - the ubiquitous galleries, museums and local producers have a lot to offer. Bornholm's culinary art is an attraction in itself, visit the many shops selling local products and sample the delicious food served in the smokehouses and restaurants, tasty beer from the local brewery or wine from the local vineyard, handmade chocolate, organic ice cream and Bornholm tapas. Art lovers can satisfy their hunger by visiting the many museums, galleries and workshops promoting the art of local artists.

Bornholm - history of the Danish island

The history of the island is also interesting, not everyone probably knows that there are interesting legends, unexplained mysteries, puzzling facts connected with Bornholm. One of them says that " when God created Scandinavia, he took the best parts together and threw them into the depths of the Baltic Sea and Bornholm came into being"
Visit the Romanesque rotunda churches, the largest in Scandinavia, the ruins of the medieval Hammershus Castle, whose dramatic fate you can relive in a modern exhibition centre.
Also recommendable is a sea trip from Gudhjem to Christianso, a former sea urchin famous for its historic fortifications.

Bornholm is a charming island all year round. In the spring, the island beckons with yellow rape fields against the dark blue sea or rift valleys filled with the scent of wild bear garlic. More and more tourists choose to holiday during this period, taking advantage of pre-season prices and enjoying the view of the magnificent nature.

In the summer Bornholm becomes a mecca for sun worshippers, bathers and those who want to relax in their own rhythm, free from the hustle and bustle. This is enhanced by the white sand beaches, where everyone can find their own space, undisturbed by the presence of other tourists. Autumn means still warm days and trips to forests full of mushrooms. Walks among the ruins of Hammershus Castle or visits to rotunda churches shrouded in the mystery of the Templar Order. In winter, the island is popular with anglers and lovers of inshore sea fishing. This is the period of the increased occurrence of sea trout, rainbow trout and salmon. Due to the specific microclimate of the island, the lack of snow and mild temperatures are favourable for anglers, and the well-equipped holiday cottages near the fishing grounds allow you to regenerate before another eventful day.

Bornholm has been attracting tourists for more than a hundred years, first of all, thanks to the opening of a regular ferry connection to Copenhagen in 1866. They were followed by Germans, using ferry connections from Sassnitz, Świnoujście and Kołobrzeg, the latter then belonging to Germany. It is estimated that on average more than 600,000 tourists visit the island annually.
Bornholm's well-developed tourist infrastructure, especially for families with children, provides accommodation and food for all visitors. There are dozens of hotels and guesthouses of various categories, which makes a total of over 9,000 beds available.

There are also private accommodation (about 12,000 places), chalets and camping sites with a total of more than 17,000 places.

Geographical location: 15 degrees east longitude 55 degrees north latitude
Time: In the south of Bornholm you will find the intersection of the meridian that marks the longitude of the island, as well as the so-called Central European Time (called "Gudhjem time" in Denmark)
Area: 588 sq. km.
Length of coastline: 140 km
Distances: 30 km to Sweden (Ystad), 130 km to Copenhagen, 90 km to Świnoujście
Climate: mild, with most hours of sunshine in Denmark, relatively little precipitation; spring somewhat later than in the rest of Denmark, long warm summers, sunny autumns, mild winters
Topography: lowland, slightly undulating, highest point Rytterknaegten 162 m above sea level
Population: approx. 45,000, mainly natives of Bornholm and immigrants from other parts of Denmark, a small number from Germany, Sweden and Poland
Religion: Protestant (more than 20 variations), Catholic (very few)
Language: Danish (with local Bornholm dialect)
Main occupations and economic sectors: agriculture, tourism, fishing, the arts, and more recently the development of modern machinery, information technology, education in international cooperation
Administrative division: until 2001 it was a province (the smallest in Denmark), divided into 5 municipalities + Christiansø. From 2002 an administrative reform was introduced under the motto "One island - one administrative unit", i.e. Bornholm became one regional municipality (Bornholms Regionkommune). The only administrative representative is the mayor of Bornholm, who is Thomas Thors, former mayor of Rønne (Social Democrat).
Infrastructure: 2 large harbors (plus many smaller harbors along the coast), airport, hospital, high school, vocational school, research center, regional radio and television.
Regional co-operation: Bornholm actively cooperates with other countries in the Baltic region in the fields of education, tourism and environmental protection. An agreement on regional cooperation within the EuroBaltic region was also signed in 2002, including with the Kaliningrad region and the Polish province of Warmia and Mazury. The agreement concerns cooperation in the fields of agriculture, science, culture and social affairs, among others.

Do you want to know our other exciting suggestions for spending an active holiday on Bornholm?

See what else you might be interested in. Discover the mystery of this sunny island. Yes, Bornholm is closer than you think... 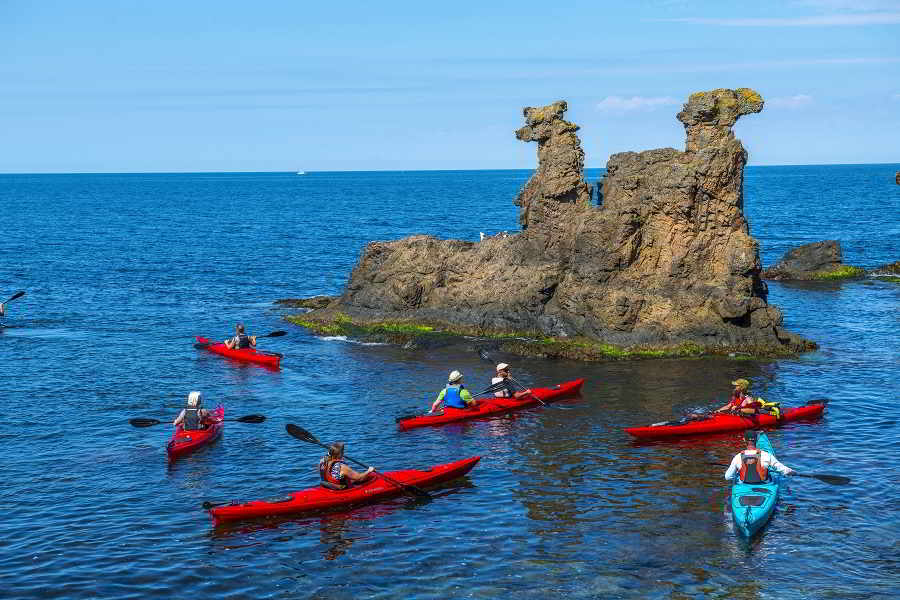 
Come and enjoy an active holiday 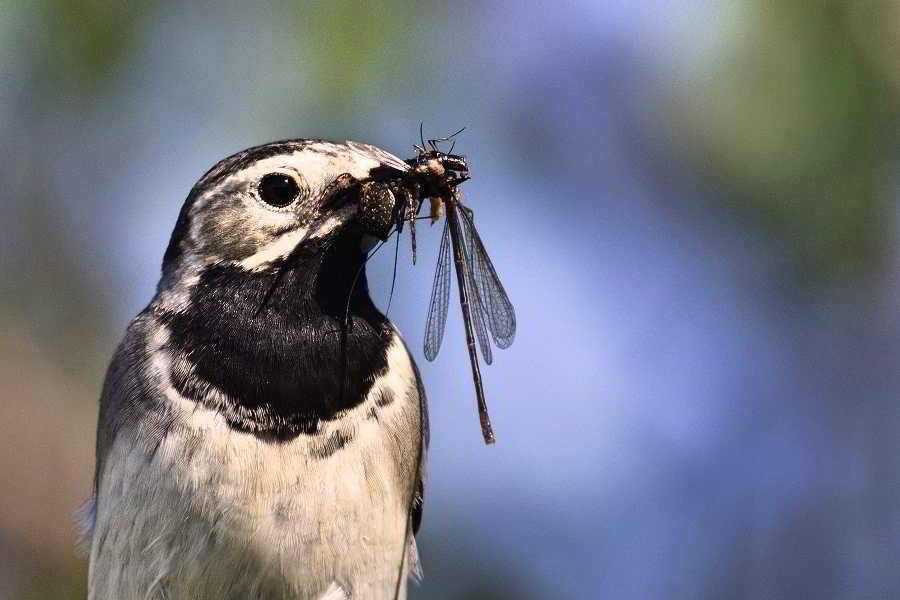 One of the great things about Bornholm is the great variety of landscapes. Picturesque, majestic, steep granite cliffs in the north and fine sand beaches in the south, heathland, waterfalls, bearded garlic and anemones, coastal boulders and rocks.