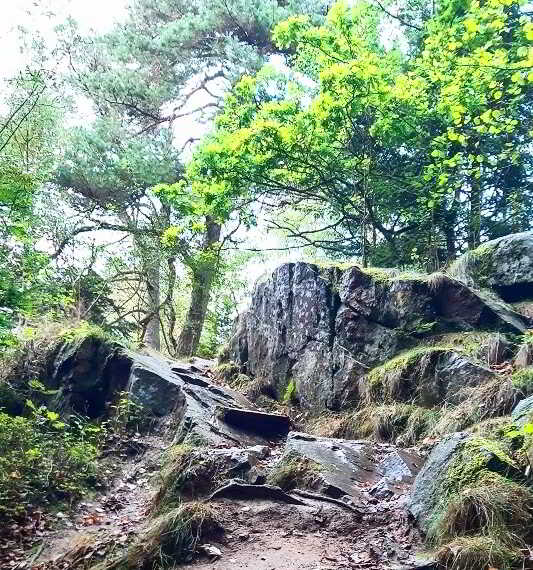 Paradisbakkerne, or Paradise Hill, is a rocky, hilly area in the east of Bornholm between Svaneke and Nexø, which owes its shape to the Ice Age.

Rokkestenen, one of Bornholm's famous wobbly stones, attracts many tourists to this romantic forest area.

In this unique landscape, you can find many rocky gorges and crevice valleys in a natural forest. The gorges are very steep and narrow and range from 20 to 50 meters high. The vegetation is very lush. The area is partly made up of peat bogs and wet meadows, intersected by idyllic forest lakes. Although today Paradisbakkerne is covered with a tall forest, it was once a heather pasture, like Almindingen.

The highest point in the area is 113 meters high. Paradisbakkerne animals and plants are partially threatened with extinction and are very rare. They include beetles and bird species, such as the woolly owl, crane and white-tailed eagle, and various species of bats. 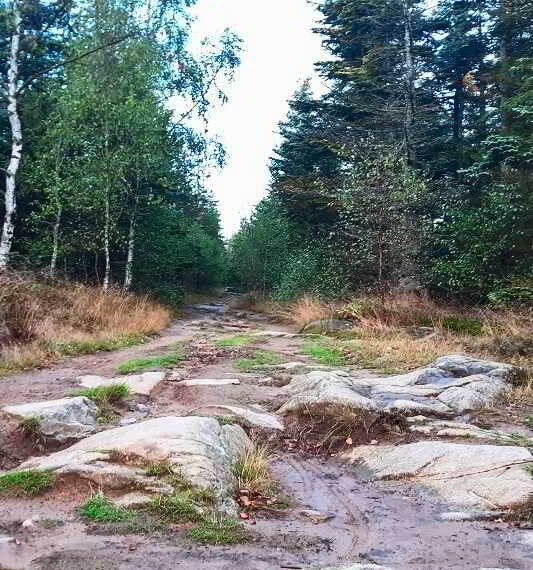 In an east-west direction, the Lindsvej cycle path crosses the Paradisbakkerne. The area is crossed by three well-marked hiking trails. They lead past the prehistoric traces of the first settlements in this area. One of Bornholm's Rokkestenen (swaying stones) is located here. In the bushes, you can also find the foundation walls of Gamleborg Castle, which was a refuge for local residents in case of an emergency.

In 1890, the area was placed under nature protection and is now under the care of the Bornholm Authority. There has also been an attempt to recreate the area using ecological measures such as sheep grazing.

As Paradisbakkerne is privately owned, stays from 6.00 am to sunset are only permitted on marked hiking, cycling or horse riding paths. Cars are forbidden to enter. Keep a distance of 150 m from buildings. You can pick mushrooms and berries for your own use all over the area.

Klint - Klinteby
It's a hill high in the landscape, bounded by a steep cliff on one side and flattened inland on the other. This area has been a nature reserve since 1934.

Fjældstauan
Fjældstauan is Denmark's first youth hostel. In 1925, Rector Hartvig Møller founded his estate "Fjældstauan" in Paradisbakkerne as the first unofficial hostel in Bornholm and Denmark, as he idealistically made this wonderful holiday home available for free use to scouts, apprentices and other young people walking around the island now is a private holiday home.

Rokkesten
It is the most famous boulder on the island and has been under nature protection since 1894. It is one of the rickety stones on the island.

Skottedal
It is a deeply cut and richly overgrown valley, covered with tall conifers. We can find berry fields here.

Slingesten
A boulder with a history that is especially interesting for children: it was thrown by a troll on a silver string from Christiansø Island towards Bodils Kirke, as evidenced by the mark on the stone.

Linkisten
Linkisten is a crevice that is blocked by boulders on both sides. Legend has it that a Swedish woman named Lin with a child on her shoulder must have fallen into that rock crevice and died here. Presumably, it was this legend that gave rise to the transformation of the name into "Coffin of Lin" - Ligkisten.

Gamleborg
In the most southwestern corner of Paradisbakkerne there is a well-preserved castle, the earliest buildings of which date back to around 200 AD, was a refuge for the inhabitants of the area who retreated there with their cattle.

Borgesø
The former Gamleborg moat is now a small, almost dry forest lake with amazing vegetation. But in the past, the castle grounds, located 14 meters above the surrounding flat terrain, were blocked from the north by Lake Borgesø and from the south-east by a 10-meter-high cliff.

Midterpilt
The pile of stones here marks the highest point in the area at 113 m above sea level.

Majdal
A wide valley with lush ferns, cranberries and blueberries.

Ravnedal
The Ravnedal is a very beautiful rift valley, possibly the most beautiful on the island, with smooth ice-walled walls, perhaps more than 50,000 years ago. You can feel the "smoothness" of the rock with your hands and see the force of the ice that has pushed through the cracks in the rock.

Tamperdal
A valley with tall deciduous forests and numerous species of birds.

Troldstauerna
It is a rock wall located directly north of Dybedal with collapsed boulders that form caves.

Dybedal
Dybedal is a two-three-meter-wide and eight-meter-deep beautiful rift valley. Here and there, the water flows to the bottom of the valley and favours the lushness of several species of ferns and blueberries. The path along the valley runs on bare rock with a characteristic grooved surface.

Heksens dør (witch's door)
The witch's door is a vertical rock wall in Dybedal, on which a rectangle seen from a distance looks like a door because it is always damp and has a different colour to the rest of the rock. And above the "door" you can see the witch's face.

Gamledam
Originally Gamledam was a bog at the bottom of the rift valley, but it was flooded with water and today the site seems to be a very idyllic lake, delimited by cliffs on the north.

Oksemyr
Oksemyr is a flat bog that in the Middle Ages was a watering place for animals grazing on hills. Both to the west and east, low rocks emerge in this wetland, which at night could have served as warm habitats for animals.

Kodal
A rift valley is very characteristic of Bornholm. 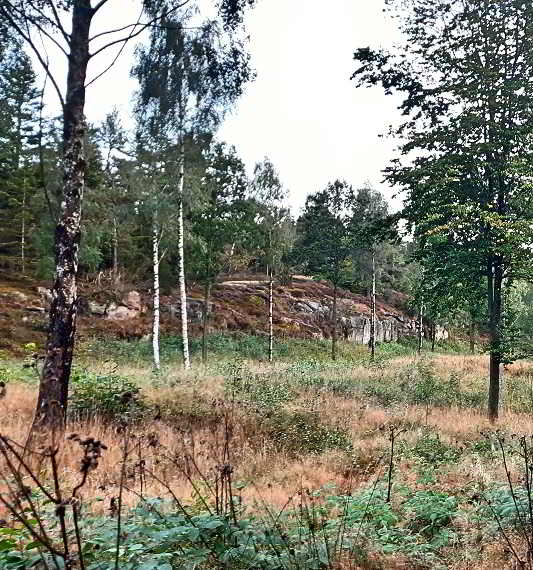 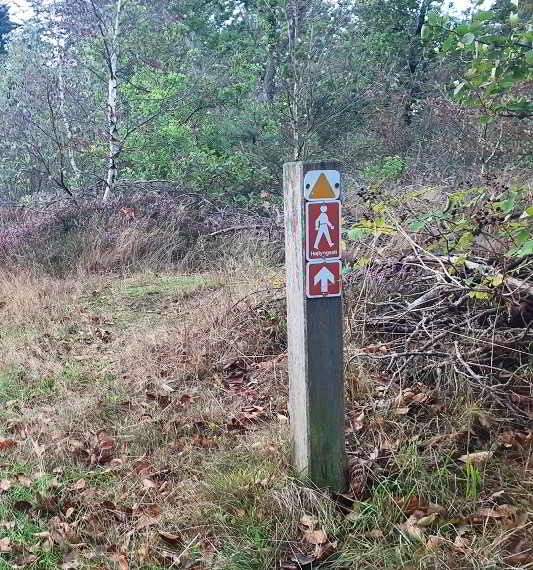