Nowhere in Denmark is the coastline more varied than on Bornholm. Steep cliffs, cosy coves, flat sandy beaches - this is what the island has to offer. In the south of Bornholm, in Dueodde, you will find the most beautiful sandy beach, which can compete internationally in the European Super Beach League.

Bornholm's beaches are ideal for children as the sea bed is mostly gently sloping and sandy. The water quality on the Bornholm coast is good and often checked. During very warm summers and with sea winds, there are quite abundant algae plantations in the bays. Algae sometimes accumulate on the shore, not always in a pleasant smelling mass, and are often a reason not to swim. This is not the case on all beaches: if it is present on one side of the island, it is not on the other. 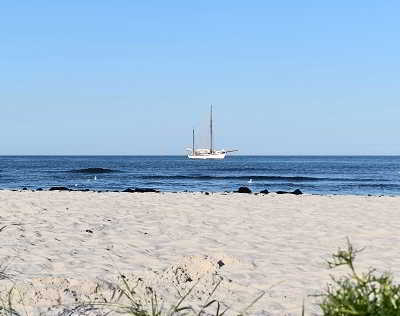 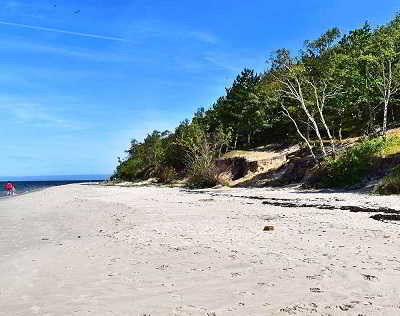 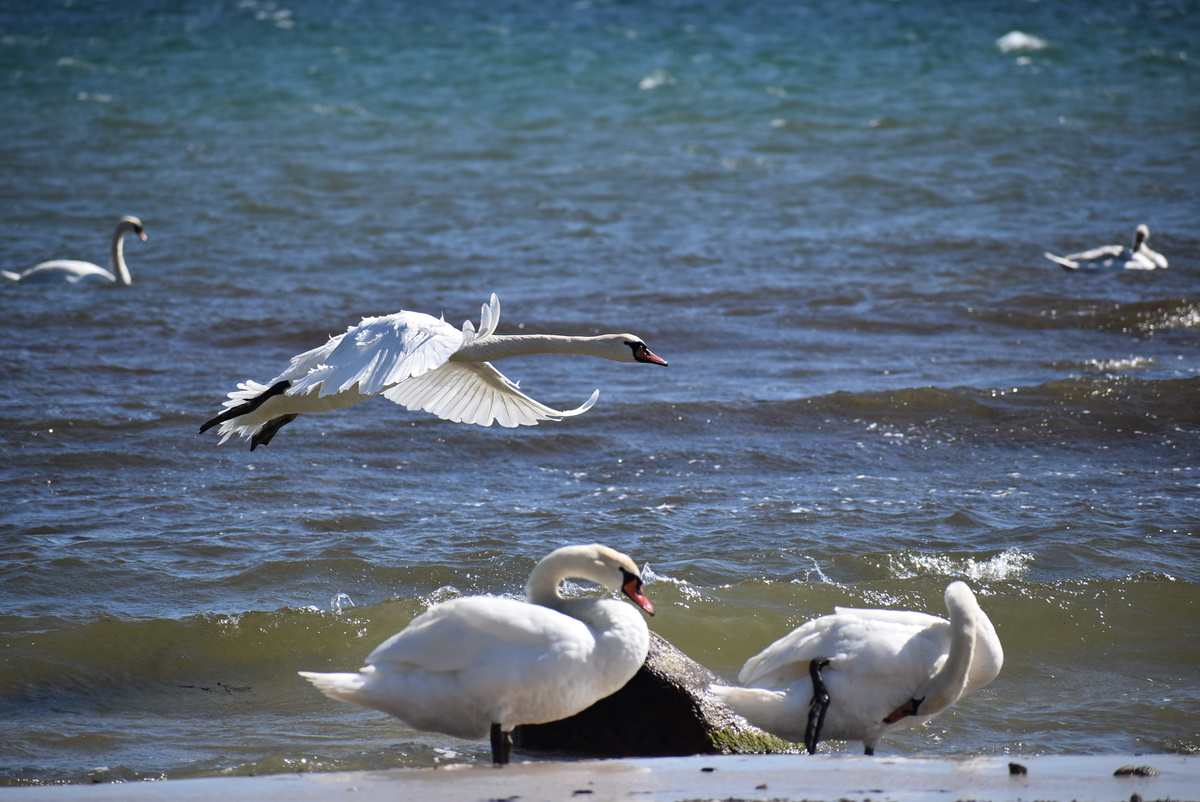 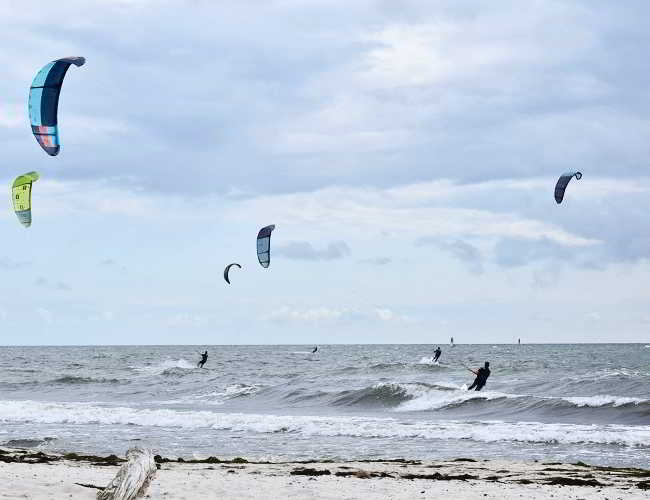 The waters around the Bornholm coast are good for surfers and kiters, and there is almost always a good wind. The most popular beaches are all easily accessible from car parks and with enough beach area to the shore - they are in: Balka, Jomfrugård, the western end of Dueodde beach, near Boderne and in Nørrekås bay, just outside the marina north of Rønne.

There is no official nudist beach on Bornholm, but being naked is not officially prohibited. The beaches are dominated by partially clothed sunbathers - in Denmark, it is popular to sunbathe only in your lower garment. The generally accepted rule is that total nudity is allowed at the edge of the beach, but not at the main entrances. 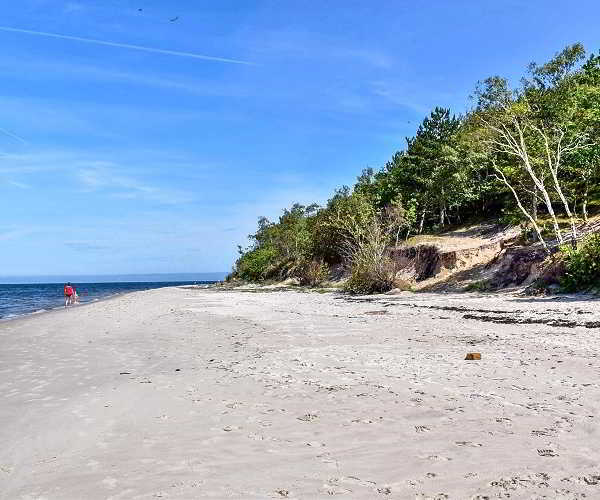 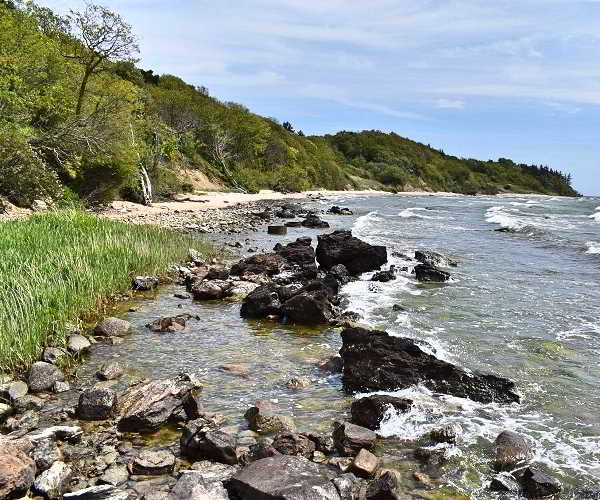 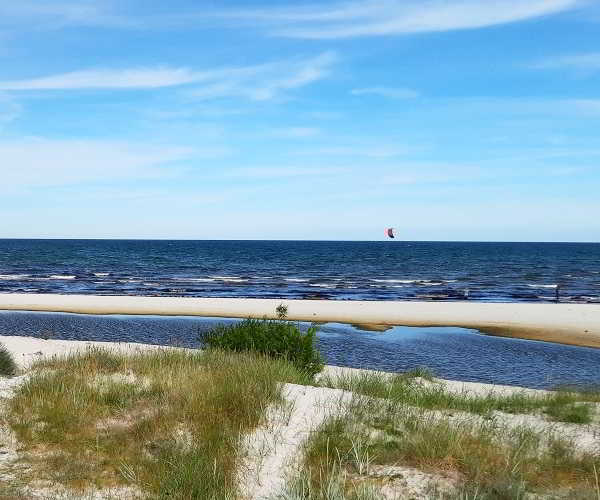 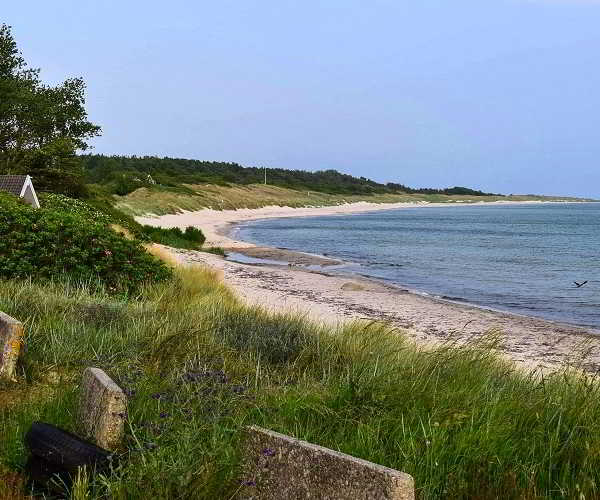 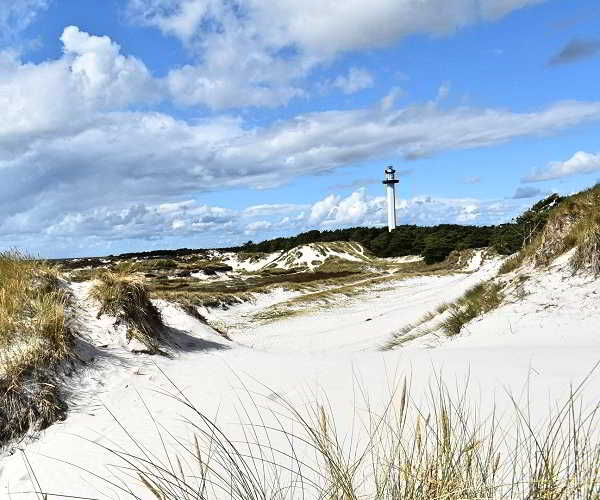 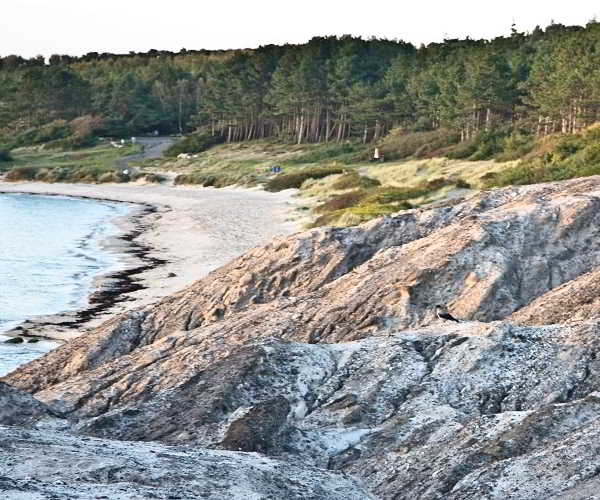 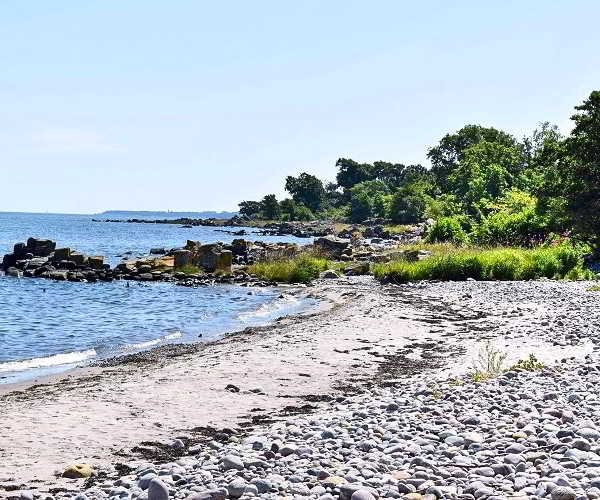 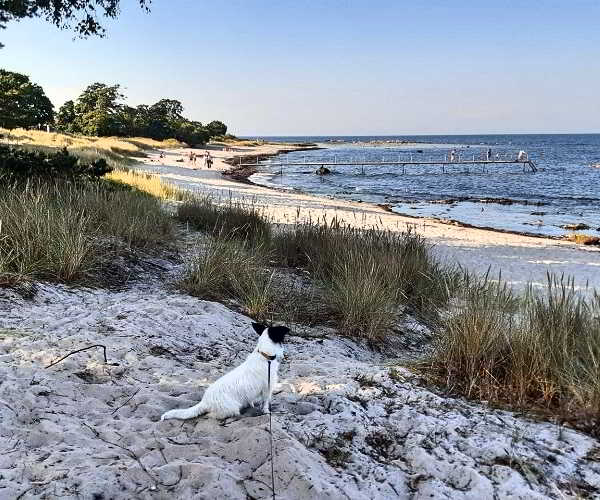 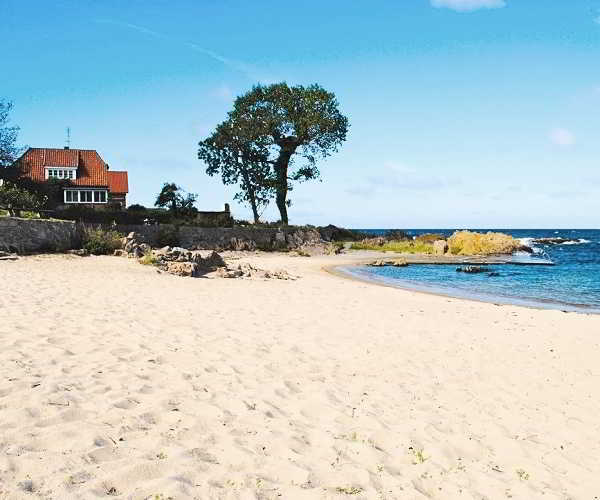 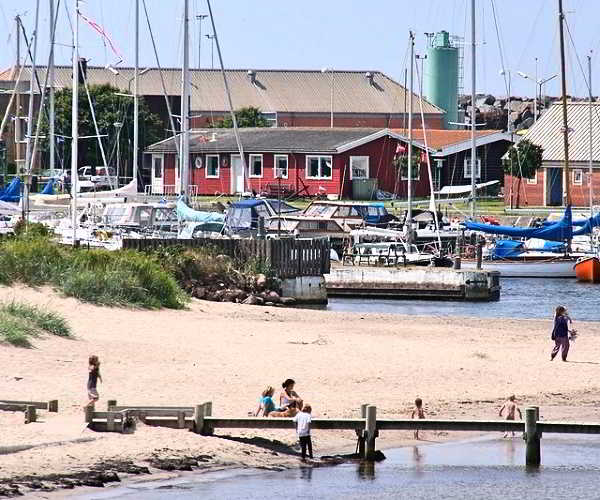 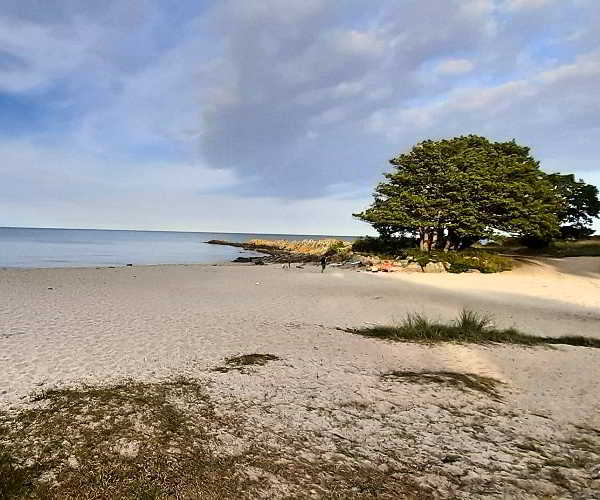 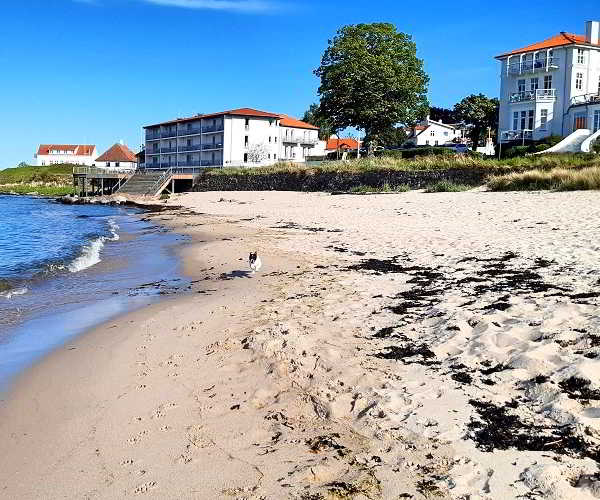 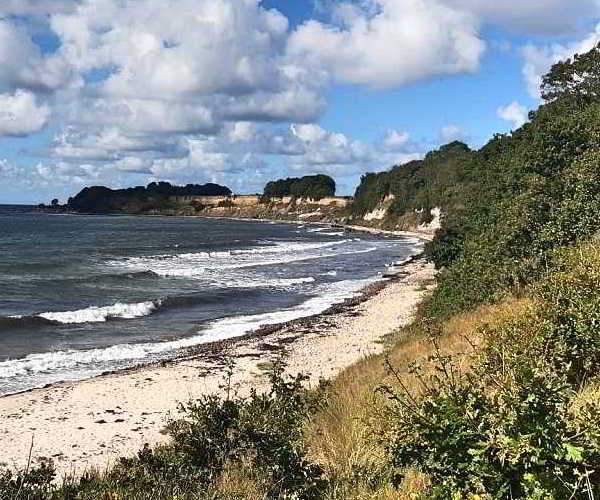 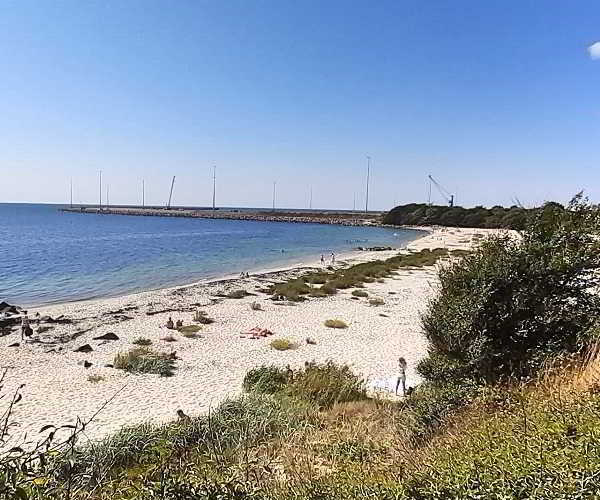 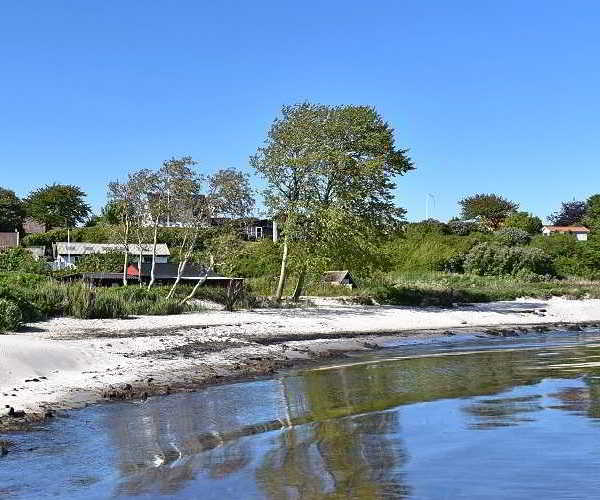 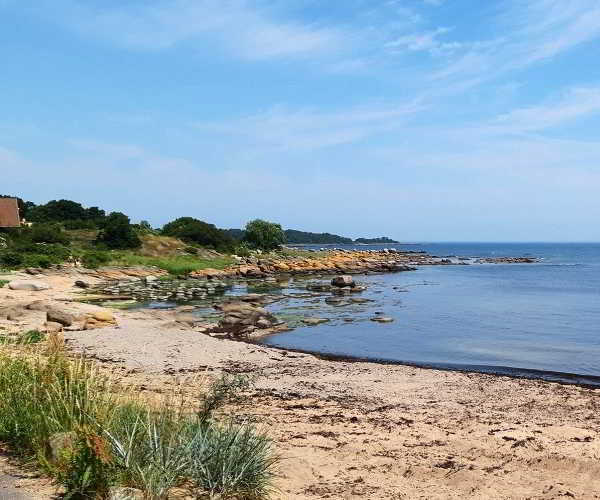