The most beautiful trekking region in Europe

Bornholm ranked second in the category: "The most beautiful trekking region in Europe".

"Trekking Magazin" is a large German travel magazine with millions of readers, where their readers voted for the tourist award 2021. In the category "The most beautiful trekking regions in Europe" Bornholm came 2nd!
VisitBornholm fully agrees with this result - we are delighted and proud of Bornholm. 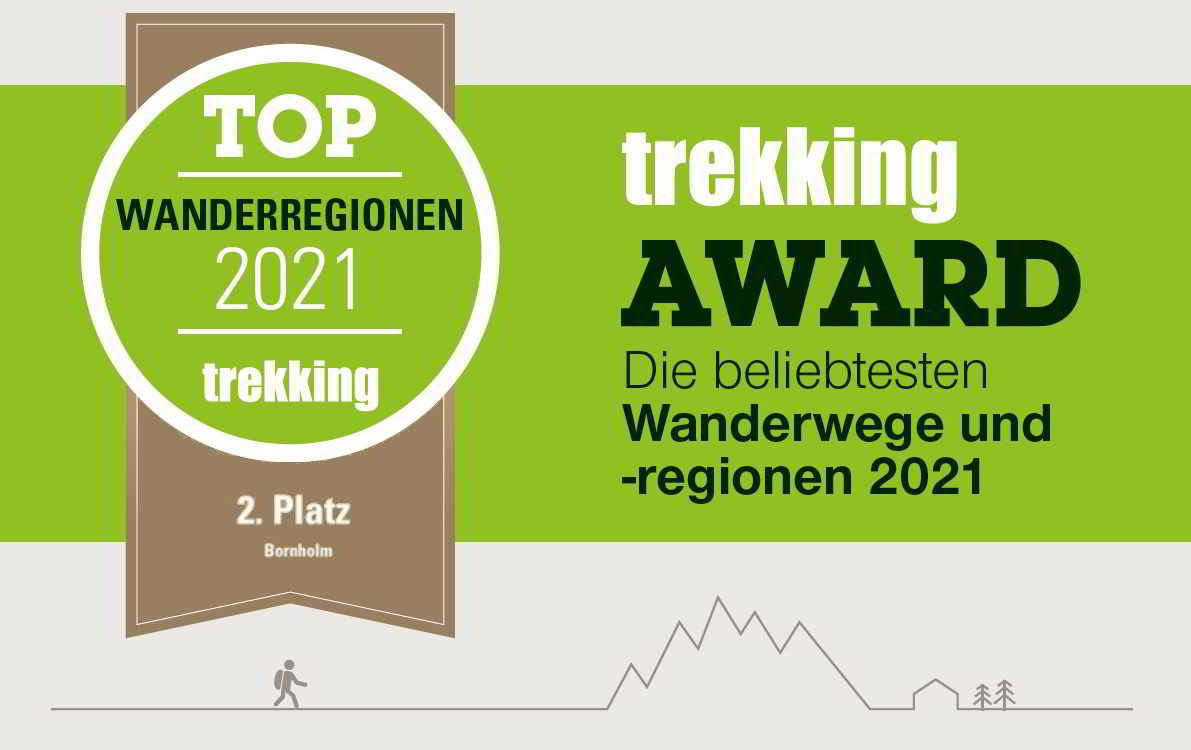 A great idea for spending an active week on Bornholm is certainly a hike around the island. There are hiking trails on the island marked with boards with the symbol of marching "man" with the inscription: Kyststi (path by the sea).
Almost 150 km of the route leads through the most picturesque parts of the Bornholm coast. The landscape changes here like in a kaleidoscope: the south of the island is wide, sandy beaches, and the northern end is a fantastic cliff coast with sea waves breaking.

The northern tip of the island and the trail around the granite Hammeren hill is one of the most beautiful hiking trails in Denmark. In the Middle Ages, the surrounding waters abounded in herring, which from the end of August to the beginning of October were feeding very close to the shore. The vision of full nets attracted fishermen and traders, mainly from Germany. They built settlements and set up stalls while fishing. The coast was teeming with life.

Today, only the ruins of Solomon's Chapel reminds us of that era, which was used by seasonal visitors as a place of prayer and silence. Further on, the trail leads to the historic, disused Hammer Fyr lighthouse. On a cloudless day, you can look as far as Sweden from its terrace.

Behind the lighthouse is the most beautiful part of Hammerknuden - the site of the former quarry. The granite mined there was, next to herring, the most valuable export commodity of the island. The trail leads to the emerald lake Opalsø, which was created at the excavation site, and to the island's largest glacial lake, Hammersø. 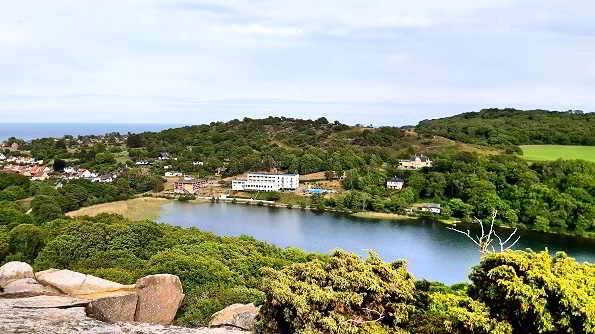 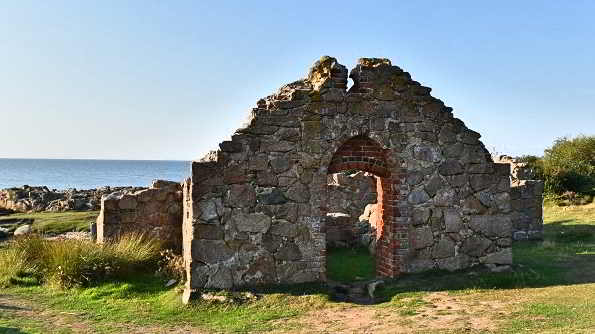 Another interesting place is the Almindingen forest, it is the fifth-largest forest in Denmark, with 50 km2 of picturesque hills and valleys, rock walls, peat bogs and small lakes. A real Eldorado for hiking enthusiasts, avid cyclists, and in autumn also for mushroom pickers. But it wasn't always like that. Almindingen loosely translated means belonging to all people. For centuries, sheep, cows, and horses grazed carelessly in the grassy clearings, and the trees were cut and chopped for fuel. It was not until 1800 that Hans Rømer, Bornholm's first royal forester, fenced the forest with a stone wall and began to recreate it. In over 200 years, Almindingen has developed into one of Denmark's most beautiful forests.

Several years ago, seven bison were brought here from Poland, the herd of which has grown over the years. You can meet them while walking (and even driving a car!) Through the part of Almindingen known as the Bison Forest. 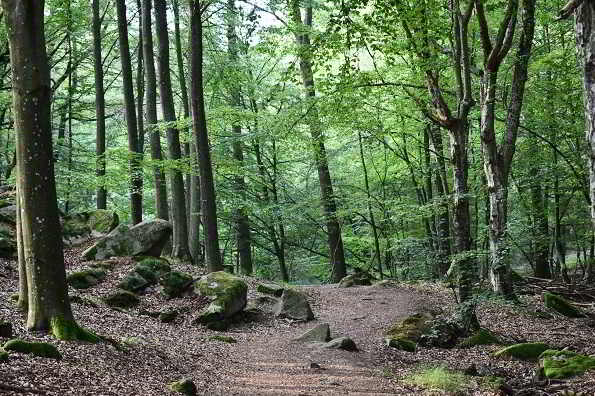 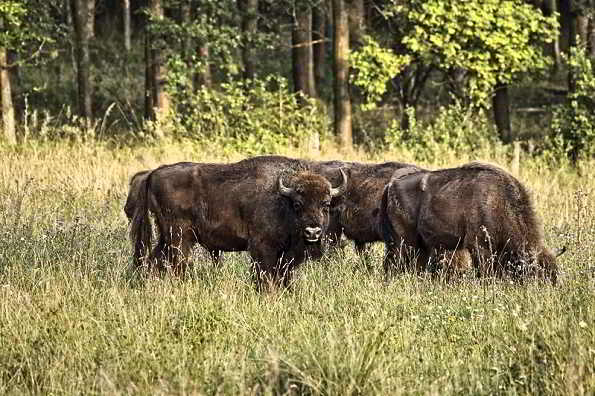 The picturesque town of Gudhjem and its surroundings

Another very interesting point is the town of Gudhjem and its surroundings. When we stand in Bokul, a vantage point on a hill above Gudhjem, we will understand why painter Oluf Høst fell in love with this fishing village. He was the only representative of the Danish Expressionist school in Bornholm, who was born on the island and spent most of his life here. The Bognemark farm, located near Gudhjem, was a favourite theme in his work - it can be seen in over 200 paintings.

Walking along the narrow streets of the town, we pass colourful houses covered with red tiles, with gardens full of windswept hollyhocks. In summer, from the port of Gudhjem, you can sail to the island of Christiansø or take a cruise along the coast of Helligdomsklipperne cliffs. The soaring, more than 20-meter cliffs and the caves named Wet oven or The crawler have hidden among them were once a pilgrimage destination - there were a chapel and a water spring with supposedly miraculous properties. Today the rocks can be admired both from the sea and the land.

But before we go for another walk, let's stop in one of the smokehouses and order a Bornholm delicacy "The sun over Gudhjem" is a herring served with egg, radish and onion. 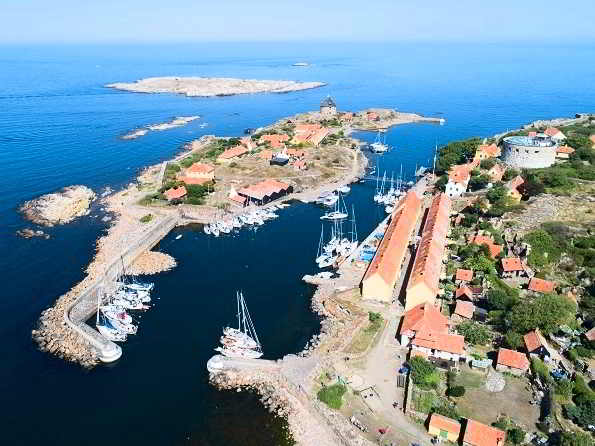 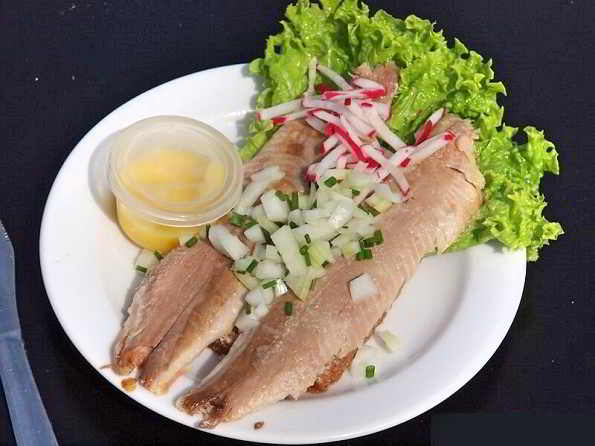 Another interesting area for hiking is Paradisbakkerne, where we have a choice of three routes: red, blue and yellow. Paradisbakkerne is wooded, glacier-carved hills in the southeast of Bornholm, cut with a grid of routes as far as possible for every walker.

By choosing, for example, the yellow route that starts at the parking lot by the Oksemyrvej road and continues towards the Gamledam quagmire, through the very narrow and deep Dybedal valley, and then Ravnedal with almost 20 meters high rock walls.

Passing the highest elevation in the area, over 100 meters high Midterpilt, we will slowly get closer to the biggest attraction of Paradisbakkerne - the great Rokkestenen boulder. Although this glacier souvenir weighs as much as 30 tons, it is said that it can be pulled up. According to the instructions on the nearby plate, place your hands on the protruding part and press with all your strength. 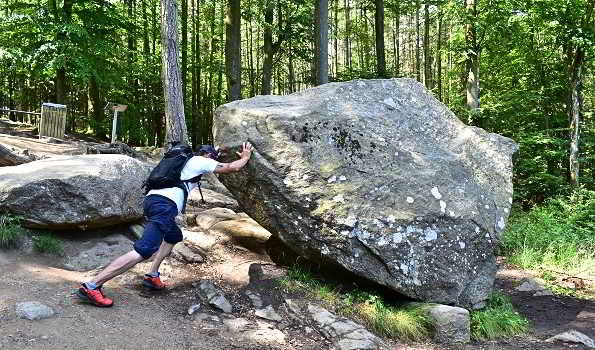 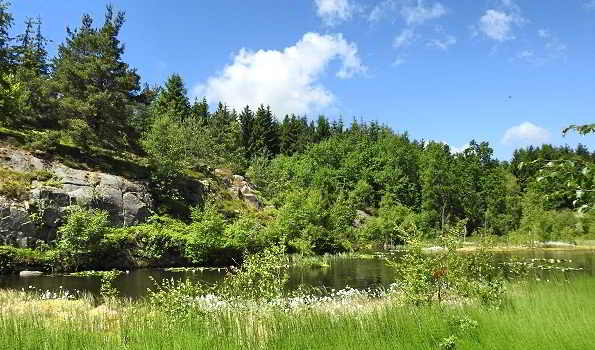 Another place for walks is sandy beaches, including Dueodde, the most beautiful and most frequently visited by tourists, which lies in the south-east of the island. The fine sand from the beach was once used to fill hourglasses. The calm surface of the sea glistens in the sun with all shades of turquoise. The bottom falls gently here, so the Baltic Sea is rarely turbulent, and the water is exceptionally clear. 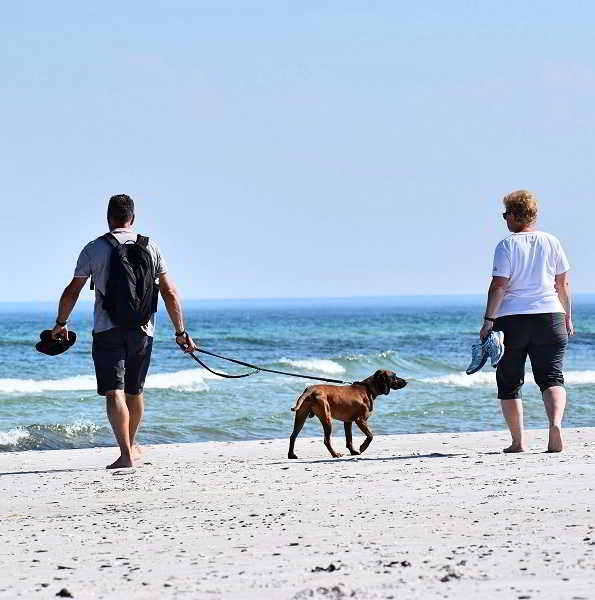 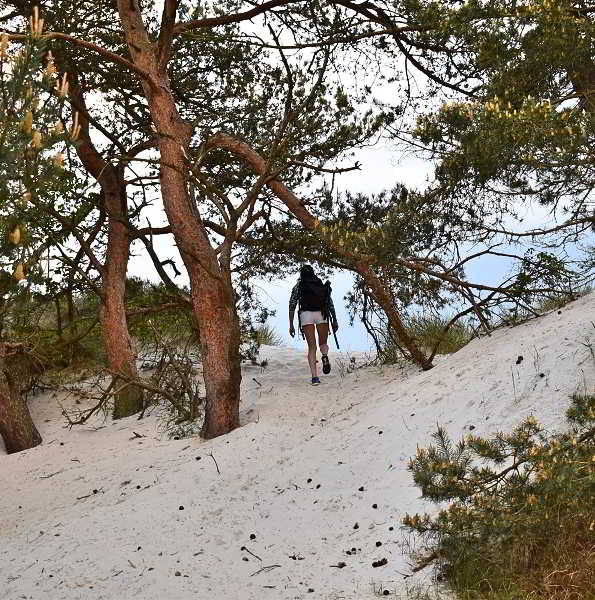 Visiting all these beautiful areas of the island, walking around them, we will get to know their diversity and beauty that Bornholm has in one place ...